Following the success of his first release for Trinidad and Tobago’s 2019 Carnival, actor, dancer and singer Zion has released his second Soca single for the upcoming season entitled ‘The Main Stage’.

The brand spanking new up-tempo track comes on the heels of Zion’s first Carnival 2K19 offering “I Am” which garnered the young artiste a notable amount of rotation on top urban radio stations in the Soca capital of T&T in addition to a multitude of streams on all major social media platforms. 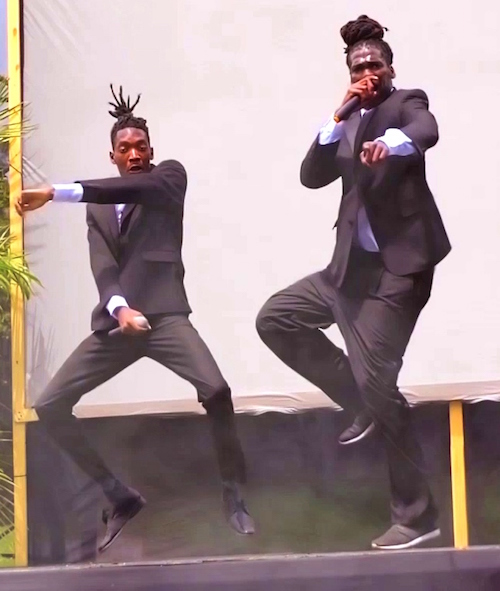 The song which is being considered by many as a Road March contender contains several attributes of traditional Soca along with elements of Electronic Dance Music.

Even with the song’s danceable rhythm, The Main Stage explores themes of societal relevance which include violence, corruption, materialism and a general lack of love in the world.

The lyrics of the power Soca single are truly representative of the modern times in which we live. With regards to his new song Zion shared, “My aim with my music is always to create an enjoyable yet conscious vibe. With this song I want the masses to feel energized and to reflect at the same amidst the ‘jump and wave’.

In true Zion fashion, the multi-talented artiste and his team have also released an accompanying music video to illustrate the essence of the song’s message.

The music video for ‘The Main Stage’ displays several images of festivity alongside images of harsh reality. So far, the video has gained a lot of attention and positive feedback on YouTube from Soca junkies all over the world.

As Zion continues to ride this current wave of success, he remains humble and thankful to all of his long-time and new supporters. He looks forward to gracing various stages in both the lead up and during Carnival 2019 and to showcasing his unique brand of live performance to an international market of Soca music lovers.

Note: To view Zion’s music video for ‘The Main Stage’ on YouTube, use the link: www.youtube.com/watch?v=_86Ce1vfNW8