It is a sad time we live in where there is a growing dissent towards politics and politicians. Unfulfilled promises, indicative of either inability or dishonesty has fuelled a consensus that politics is a joke and that politicians are essentially in it for themselves.

I have however noticed an even more disturbing trend with respect to those aspiring to be in politics, or those who have already been established in politics. I call this, Political Laziness.

Broadly, political laziness is characterised by a lack of constructive imagination. There is very little effort made towards presenting the electorate with anything of substance to promote positivity and instil hope. 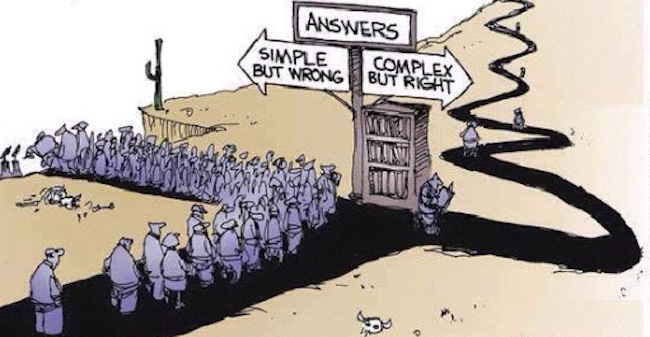 One of the main traits of Political Laziness is the tendency to attack and rubbish everything a political opponent says, proposes, is doing or has done.

These attacks often appear as if they are done just for the sake of doing it. Moreover, these attacks are seldom backed up with either opposing facts or proposals of how it can be done better. Where evidence is purported to be presented to support their arguments, they are not often backed up by facts, proper research or any serious analysis. In some cases where there appears to be a lot of information, the supposed varsity of it is a mere ploy to either confuse the issue at hand, or to skew the discussion in their own favour. It seems utter folly to wish to tear something down without offering a viable alternative. But it is apparent that none of this is of any consequence when the sole objective is to attain a parliamentary seat.

Worse yet is when the attack moves from the opponent’s policies to personal attacks on and against the opponent. This can start off as innuendo and sideswipes but can also degenerate into full-fledged mudslinging and character assassination. The political platform often becomes the trebuchet from which all hell is unleashed on political opponents. It seems a lot easier to engage in this type of activity rather than to engage in meaningful debates.

Then there are the dirty tricks. There is the employment of the choristers to perform the varying forms of misinformation and untruths. They are tasked with distorting important progressive conversation to a level where they simply cannot accomplish anything or be taken seriously. It seems easier to do this than engage in serious discourse.

A trip into the macabre, and you are faced with rumours from midnight visits to the cemetery, to the burning of effigies. Surely, such imagination could be put to better use.

Let us not forget the mysterious money bags held by the “trusted” supporter or the inexhaustible tabs at the liquor establishments.

Political laziness seems to be more synonymous with the desire to just attain and occupy, or retain a parliamentary seat without any will or desire to work at making any serious contribution to the political office. Ultimately, the lazy politician seems more interested in reducing serious discussion to side show theatrics.