What has become of Montserrat's Culture? Is Festival Truly Now Dead? I submit No

There are many articles that have been written over the years, fueled by MNI Media, on the issue of Montserrat's year-end festival. The discussions have seen participation from some of the brightest minds and cultural icons on the island. Yet, here we are again in 2017, at the celebration of the 55th anniversary of festival, and the talk is one that has been repeated often too many times.

The festival is dead! Or so is the repeat conversation I have seen being promoted. Even last evening, Friday, December 23rd, listening to the calypso eliminations, I heard esteemed teacher and commentator Edith Duberry stating similarly, that there is no "festival vibe." It is dead.

This prompted my desire to write this piece. 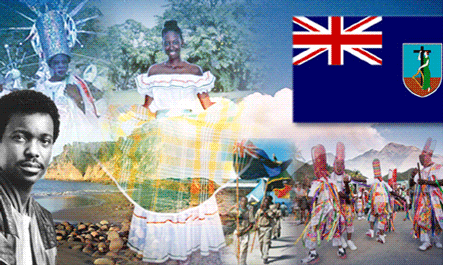 What has become of our culture; the Montserrat culture? Is it truly dead? Is Montserrat's cultural creative talents all dead, or have fallen into a deep sleep?

I submit that no, they have not.

I see culture as being the generational definition of who we are as a people. It is the symbols and expressions that will preserve the Montserrat identity through shifts in population numbers; through infiltration of outside cultures, and other social and economic attributes that will see the landscape of the island change.

I know of many citizens who have sought to promote the idea that preservation of our culture should be placed at the helm of our national identity.

We talk of nationalism and lack of community support; however, nationalism is not a concept instigated by conversations only.

Nationalism has to be a mandate and a priority from the leadership that sees the country place its creative souls, its artistes, its writers, its dancers; its sporting icons, its intellectuals, et al - as being key to the continuity that will see Montserrat thrive within the new generation of citizens who are coming behind.

How do we do this though?

Reuben T Meade made a start, and I applaud him for this; where as one time leader of Montserrat, his office extended generous support for promoters and participants that wished to bring their ideas to fruition to help make the year end festival better.

What we as a people must seek to penetrate into our psyches, is that a spectacle of volunteerism alone will not give festival the boost and energy it needs in this era. Times have changed, and so too how we interact with change must be adjusted.

For culture to survive and the year end festival to be given back its footing, those who are responsible for planning Festival must ensure the financial backing is placed towards this effort, the same way they wish to see volunteers step forward.

I am not interested in blaming Chad Cumberbatch and MAC for festival's failings. While we may be quick to berate MAC, the question we must ask is how much funding was MAC afforded, as opposed to the St Patrick's planning Committee? Also, from the funding that MAC was afforded for the year end festival, how much of that was further cut? So what scrapings have been delivered to MAC for the year end festival? What are the figures we would love to know.

Festival requires funding. Romeo as the Minister for Culture must see this surely.

Not paying locals for their efforts from St Patrick's and expect them to give of their time and creativity in the same manner is an insult. It is professional disrespect.

So how do we look beyond Romeo and company to save Festival? 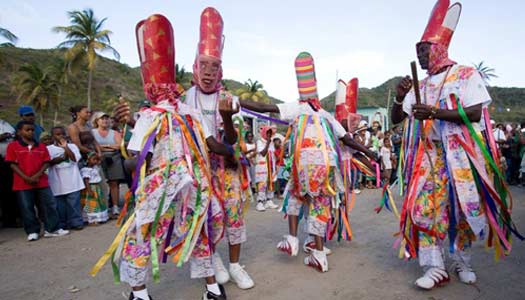 We are the ones to save Montserrat's festival if we truly wish to see it return to even a semblance of past glories. The work and the foundation is already there.

Firstly, the creative talents of the squad of Montserrat song-writers and singers that has been on display these past weeks is exciting!

But guess what? The majority of the these producers do not live on Montserrat, but they have shown that with the love they have for Montserrat, they have come forward and produced music that adds flair to the year end festival.

I am speaking of names such as Eddie "Prynze" Duberry; Darren "Soca Child" Skerritt; TeddieBeats and Naza; Garvin "Scrappy" Johnson; Shaka HD; Cecil "Cepeke" Lake; Nyne and many others.

Going forward, how can we empower these persons to help raise the level of Montserrat's festival?

For all the great songs that these guys have produced for 2017, how about a compilation album of their hits, sold as a single unit that helps to market the music from Montserrat as being of an international standard. There may be no more Arrow, but there is still talent and creativity in droves around today.

Secondly, I am calling on members of the Diaspora to begin, for 2018's festival, seeking out ways in which within their various jurisdictions they can begin to formulate ways towards lending support to the year end festival via working in collaboration with MAC.

Finally, we should seek to cease all this talk of St Patrick's replacing the island's traditional year-end Festival. It truly does not serve Montserrat well.

December's Festival should not be shortsighted because St Patrick's is the new fad. Then, when St Patrick's loses its glamour, what then? The island can have both, but the effort to showcase them both as cultural expressions that bring economic activity, cultural continuity and creativity, and also national pride must be placed as priorities in Montserrat's redevelopment drive.

Festival is not dead. The island's people now have a job to revive it starting December 2018. All of us.

Listen below to some of the great songs for 2017 released by some very talented YOUNG musicians:

Note: Jeevan A. Robinson is Editor-in-Chief & Head of Business Development at Marketing, News & Information Media - MNI Media. He can be reached at jeevan@mnialive.com.