What Goes Around, Comes Around On The Sony Theatre Stage with Alvin Ailey Dancers

No rain, wind or Polar Vortex could stop the Alvin Ailey American Dance Theatre group from travelling to Toronto to perform before sold audiences last weekend at the downtown Sony Centre. Thanks to crippling cold temperatures in New York City last Thursday over 8,000 flights were cancelled including those booked for the 30+ members of the Alvin Ailey troupe.

“ We had major difficulties in leaving New York,” dancer Christopher R. Wilson told the Caribbean Camera on Friday night after their wildly successful first of three performances at the Sony.

“We tried to leave New York twice on Thursday but our flights kept being cancelled because of the cold. We made it out this afternoon (Friday)” said Wilson. “It was a real rush to make it from the airport to our hotel, change and step onto the stage for 8pm. It wasn’t that long after we got into the building that the curtain rose.”

“A few of us haven’t danced here before – this is my first trip to Canada – but because the stage is a little bigger than what we are used to in New York, it wasn’t difficult to adapt.”

The Ailey Company is loved for the depth of their athleticism and their unmatched grace on stage. If the dancers were feeling butterflies in Toronto, they didn’t show it as they twirled, lifted and danced for close to two hours.

In the world of contemporary dance, what goes around really does comes around, especially for the Alvin Ailey dancers. Last weekend the venerable American Company kicked off their 60 anniversary 21-city tour right here in Toronto (the only Canadian stop).

Even though it has been three years since they last performed here the city hasn’t forgotten them. Opening night the 3,000 seat theatre was filled with many fans who had seen them before and already knew all the good parts before they happened. Dance ticket holders tend to be reserved but for Alvin Ailey cheering, stomping and clapping by the mostly Caribbean and Black Canadian audience started just after curtain rise and only ended after an encore.

The world’s love affair dates back almost to the beginning of the United States first all African American dance group. It was March 30, 1958 when the late Alvin Ailey and a few fellow dancers performed for one night only at the NYC YMCA. What was meant as a one-off gig turned out to be the start of a new era in the arts.

Ailey became one of the ground-breaking greats in modern dance history. He is credited with popularizing modern dance and revolutionizing African-American participation in 20th-century and now 21st century contemporary dance theatre. 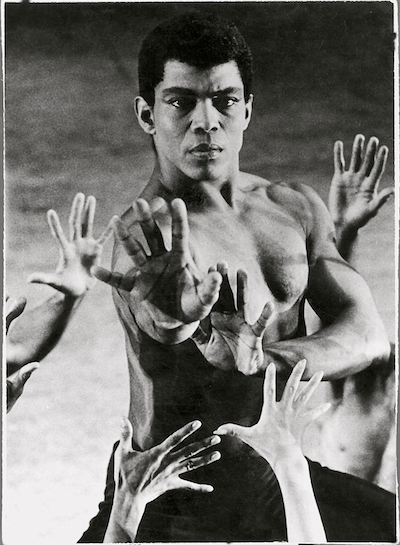 On the Friday evening performance, a total of four works were performed over two hours. Two of the four pieces - Stacked Up and Members Don’t Get Weary showed off the body strength and agility of the dancers. Wearing colourful costumes and moving to a sound mix heavily imbued by the works of African American jazz greats saw the dancers jumping and being lifted high into the air without any signs of stress or fatigue. It was more exhausting for the audience who ohh’d and awed at the physical power and beauty of the dancers.

Ailey passed away in 1989 but his influence continues to be seen on stage. At the Sony the dancers ended the evening, as they do at all their engagements, with the soul wrenching performance of Revaluation – a dance Ailey created in 1960.

Using African-American spirituals, gospel songs and holy blues, Ailey’s Revelations takes the audience to the place of deepest grief and holiest joy in the soul – America’s slaving past.

Built into three movements the dancers perform about the horrors of slavery but take us to a triumphant finale to the singing and dancing of “Rocka My Soul in the Bosom of Abraham.”

The company has performed Revaluation to hundreds of thousands of people over the past six decades – it is considered one of the world’s most seen contemporary dance creation. Before his death Ailey said that one of America’s richest treasures was the African-American cultural heritage —“sometimes sorrowful, sometimes jubilant, but always hopeful.”