Basseterre, St. Kitts, March 25, 2019 - Sylvester Anthony, an attorney for a senior customs officer said Monday's ruling by a high court judge Victor Ventose, is not only a victory for his client, senior customs officer, Leon Natta-Nelson, but "a greater day for all public servants in the Federation of St Christopher and Nevis."

Nelson-Natta, the accountant at Her Majesty's Customs & Excise was informed by letter dated October 10th 2018 from the Human Resource Management Department in the Office of Prime Minister Dr Timothy Harris that it had received “an adverse report of his involvement in political activity” thus contravening the Public Service (Conduct and Ethics of Officers) Code.

Anthony said based on that report the Government of St Kitts and Nevis brought disciplinary charges of misconduct against Nelson-Natta and in an attempt to the hearing.

"A constitutional motion was filed to pre-empt the hearing in which Nelson-Natta sought a declaration that rules 36 and 38 were unconstitutional, null and void. He also sought a declaration from the court that Leon Natta-Nelson was entitled to take active part in a political organisation and more particularly to run for elected office. Those are the two declarations he got today," said Anthony following the judgment.

"Today, not only Leon Natta-Nelson, but all public servants who wish to run for political office are entitled so to do. And all public servants who wish to become involved in active politics can do so," said Anthony, who pointed out that His Lordship Mr Justice Ventose was quite clear that it does not mean that the government cannot restrict them, but those restrictions have to be consistent with the Constitution of St Kitts and Nevis and must now take into consideration this decision as well as a number of other decisions which are referred to by His Lordship in his judgment.

Anthony said the government - the executive and the legislature - are entitled to place restrictions on the participation of civil servants and the levels of participation of public servants in various forms of political activity, but what his Lordship said today is that they cannot do so under the guise of rules 36 and 38 which have now being declared unconstitutional, null and void and of no effect.

"They certainly cannot do so under any guise that by virtue of being a public servant there is some common law or duty of loyalty which means that public servants must self regulate themselves in relation to participation," said Anthony in a statement on Kyss 102.5 FM.

In comments, Nelson-Natta said the judgment signals the start of his work to continue to strive for better representation at the constituency level for the people of St Kitts and Nevis. 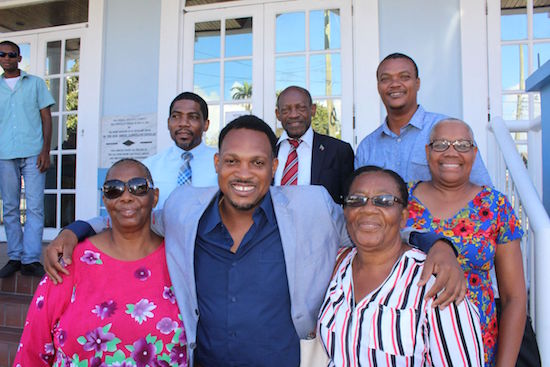 "I have pledged my commitment, I have sacrificed as is shown in this matter that I am capable of handling the affairs of Constituency 7," said Natta-Nelson, who added that he will soon reply to Dr Douglas, the National Political Leader of the St Kitts-Nevis Labour Party and say to him "definitely that I, Leon Natta-Nelson will accept the challenges that lay ahead in accepting the candidacy for Constituency #7. as the Labour Party representative," said Natta-Nelson.

"My decision is a signal that will one day, whenever that day comes, whether it is September, October, November or next year, that we remove the vindictive leadership, the nepotistic leadership that stems above us for justice for the people."