Under The Department for International Development (DfID), The Island of Montserrat's Redevelopment Has Suffered

Over the years, many of the influencers in the political debates surrounding Montserrat's redevelopment have been focusing mainly on one horse in the race, more so than the main horse leading the race.

For an island that is struggling to rise to even half of its former economic glory, can it be argued that many of the island's people, and its politicians have become so mired in adversarial politics and public grand-standing, that one of the perpetrators who has been putting dead weights on the island's redevelopment - The Department for International Development (DFID) - has been walking around unscathed and unexamined thoroughly?

It is clear that Montserrat has a leadership problem.

However, above and beyond that, over the years some of DFID’s staff on Montserrat may have very well been the spanner thrown between the spokes of Montserrat's redevelopment drive; bending the island out of shape for years on end.

I do not accept that citizens of Montserrat should be constant mendicants at DFID's door; begging it repeatedly for the basic tools that Montserrat needs to be sustainable, or even begin to be put back on a growth footing.

What New Does DfID Need To See?
Many times I have asked, and will continue to ask of DFID, what new report or study do they need to see on their desks to know what Montserrat needs in terms of:
1) A Hospital
2) Proper education facilities
3) A port and decent access
4) Geothermal delivery
5) A centre of commerce; government, financial operations, and leisure (I think they call it a town!)
6) Capital projects that would ignite the engine of private enterprise away from government dependence and mendicancy.

What new report does DFID officials in London, and on Montserrat need to see to know that the people require these basic things after 22 years of seeking to rebuild?

The reports have been shared with me many times in the past of the attitudes of superiority that have been the fashion by many DFID and FCO operators on Montserrat. It is like they enjoy the power to say no to Montserratians when ideas, plans and policies for development growth are put on the table.

Also too, there seems to be distrust amongst some DFID staffers on the island as to the caliber, and expertise of the local people. MNI Media has had first hand reports verbalised as to the disrespect shown to highly skilled technical people on Montserrat in the execution of their functions; all simply because some DFID officials feel that these people have no clue what they are speaking about. Yet, a consultant from the UK, from within their pool of consultants, will come and say the same thing as the local people have been telling them, and that is preferable.

How often have citizens of Montserrat had this debate that enough of the foreign consultants when there are locals, or even Montserratians abroad in the Diaspora that could do these tasks based on their expertise and exposure. Still however, after all these years of repeating the same conversation, here it is that the island still is rife with DFID’s consultants pouring in.

Is this DFID taking Montserrat's aid funding and enriching their friends?

An article published in The UK’s Guardian by Zoe Williams, titled: "The UK peddles a cynical colonialism and calls it aid" - hits on this issue where the article stated:

"What is more modern is the spectre of UK consultancy profiteering. "Clearly," said Aisha Dodwell, one of the authors of the Global Justice Now report, "you can’t have aid consultants earning a quarter of a million a year as part of a poverty reduction strategy." It has the simplistic ring of an exaggeration, but isn’t one: Adam Smith International (ASI), a London-based firm specialising in giving advice to governments on economic reform, has won £450m worth of contracts from DfID since 2011 – £90m in 2014 alone, which was more than DfID’s combined spend on human rights and women’s equality organisations, and nearly twice what was spent on programmes tackling HIV."

Waste from DFID. Yet they cry of local waste, and play a coy game of pitting the island’s people against each other politically, while they step back from the fray, and pretend they have no clue what the fuss is about. 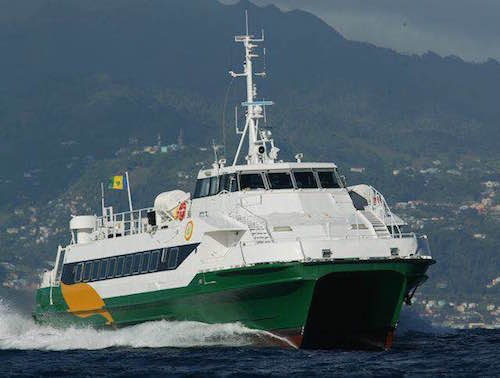 One example is on the ferry matter just concluded. It is true Premier Romeo did indeed create a mess in stopping the previous ferry contract. But during the negotiation phases for a new ferry, DFID officials on Montserrat played to a suspect beat.

Did they collude with a local airline company in seeking to allegedly kill the acquisition of a new ferry?

Much of the communications that MNI Media has been privy to on this ferry fiasco showed us directly that DFID have been playing a heavy hand on Montserrat with deep-seated neo-colonial motives, and modus operandi. 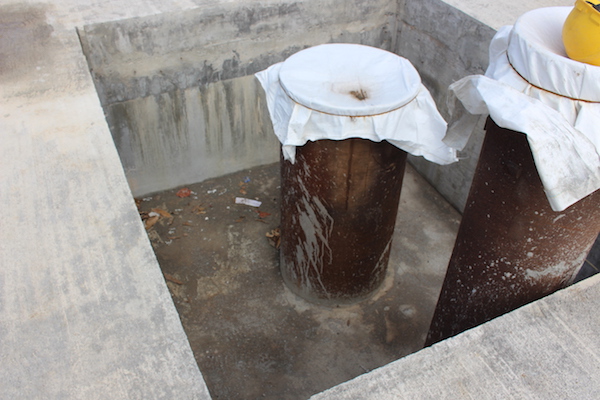 Let us look at the geothermal delivery issue as another example. DFID took over the management and drilling of well number 3 over in the Weekes area of the island. The Project has been stalled for months based of the fact that DFID, who are no experts in drilling holes in the ground, demanded they run the project.

They had at their disposal experts and technically capable people on Montserrat who managed previous drilling projects, but they took over the Well 3 project, and have had it stalled for nearly a year while still paying hundreds of thousands of dollars for the Project Manager, the drilling company and all their equipment, and all else that lies idle while this project is stalled. Is that not a waste of Montserrat's development money by DfID?

The Montserrat development conundrum under DfID is crystallized for me, when I consider and ask again, why is the island’s development programme still under the management of an institution that is not about development growth towards ultimate sustainability, but is rather more about aid delivery? 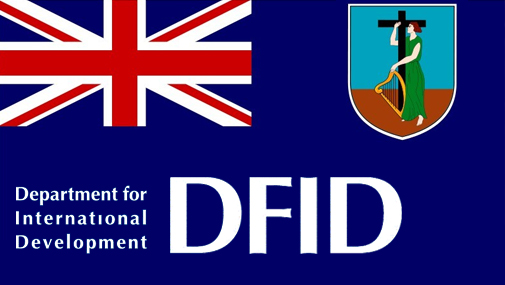 Zoe Williams, in her piece in the Guardian that I referenced earlier, also zeroes in on an issue that is related to this question, where she states that:

"In the context of the aid debate – which has been coarsened right down to: should we spend any money on foreigners, when we have problems of our own?"

The operative word there for me is foreigners.

Montserrat Treated As a Foreign Country?
Who are these foreigners? Are Montserratians not British, and should therefore be treated as British citizens with the same rights and privileges?

Can any county in the UK say they do not have optimum and respectable healthcare and educational facilities, and the media not kick up a firestorm under the political representatives backsides to ensure that such facilities were delivered?

Yet, what do we have on Montserrat? An argument still after all these years for proper Health services.

It is in many ways a silly argument, and one that should never have happened. At this stage, Montserrat would have been having, at least, its new hospital about to be opened if the Minister with responsibility for Health, Honourable Delmaude Ryan, did not allow herself to be played by DfID when she went to the UK as a rookie Minister newly elected, and rescinded on a hospital that the people of Montserrat already had agreement for.

Then, Hon Ryan comes back to Montserrat, and plays this god-awful game of semantics about new build hospital. Now look at Montserrat back to the drawing board with this cyclical hospital debate.

Games Being Played
DFID is enjoying this game they are playing on Montserrat. Each time they frustrate the island’s development, there is a political price to pay. They are very well aware of this. A new government gets elected, and it's back to the drawing board with more delays.

Some of the politicians on Montserrat are busy fighting for this limited political power, and allowing DFID to walk away scotch free, while they feed the island mere subsistence levels of development growth.

DfID needs to be told that their obvious neo-colonial agenda is enough already.

Montserratians do not wish to be relegated to beggars - neither government mendicants, nor DFID mendicants.


Note: Jeevan A. Robinson is Editor-in-Chief of Marketing, News & Information Media - MNI Alive Media. He can be reached at jeevan@mnialive.com