Toronto artist Kwame Delfish has once again etched his name and artistic talents into the history books of Canada by designing the silver collector coin for the Royal Canadian Mint, in recognition of the Mint's ongoing Commemorating Black History coin series. Launched in conjunction with the start of Black History Month on February 1st, 2022,  the subject of this commemorative Coin designed by Delfish, is the The Underground Railroad - the famous network of safe houses and secret routes that helped enslaved people of African descent escape to freedom in Canada.

The design by Kwame, portrays a unique perspective the human side of the perilous northward migration, which reached its peak in the 1850s and 1860s.

This 99.99% pure silver coin is considered to be an innovative tribute to those who travelled the Underground Railroad. The front of the coin features the men, women and children following the Big Dipper constellation to guide their way north to freedom, are illustrated along the coin's edge to create the sense of circular motion representing their long, continuous journey.  The obverse features the effigy of Her Majesty Queen Elizabeth II by Susanna Blunt, set against a repeating maple leaf pattern. 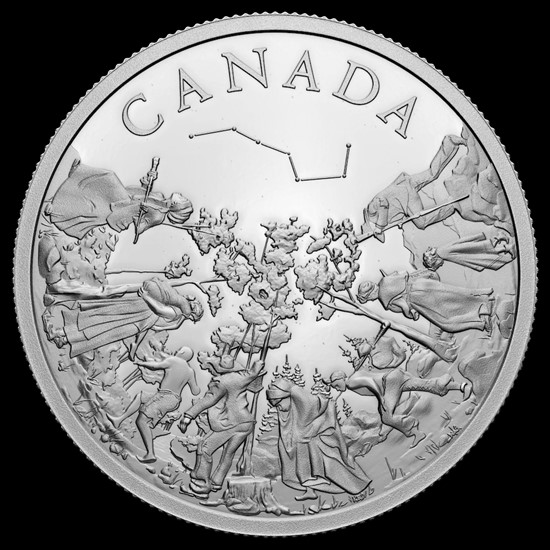 "This coin is meant to honour and pay homage to the ancestral slaves that escaped to the North in search of freedom," said artist Kwame Delfish.

"Many did not get to complete the journey and faced the same (if not more) hardships than what they left behind. The ones that made it built their legacies and shaped the mosaic that Canada is today. My hope is that their strength and courage is illustrated on this coin, and that I have sung their gospel." 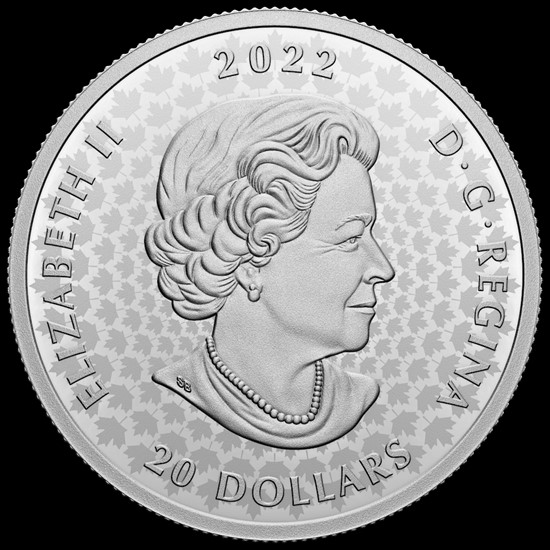 Delfish whose heritage hails from both Montserrat and Antigua, previously designed for the Royal Canadian Mint, being the designer behind the 2015 Fine Silver Gold-Plated Coin - Celebrating Canada. That was his first design for the Mint. View more about this design here

Speaking of the 2022 $20 Black History Commemorative design, Marie Lemay, President and CEO of the Royal Canadian Mint stated; "The employees of the Royal Canadian Mint are proud to once again add to the national celebration of Black History Month with a beautiful silver coin that brings the important story of the Underground Railroad to life. By remembering those who undertook the long and risky journey to escape slavery in the 19th century, as well as their brave and tireless guides, we are reminding ourselves that freedom is one of our most enduring values." 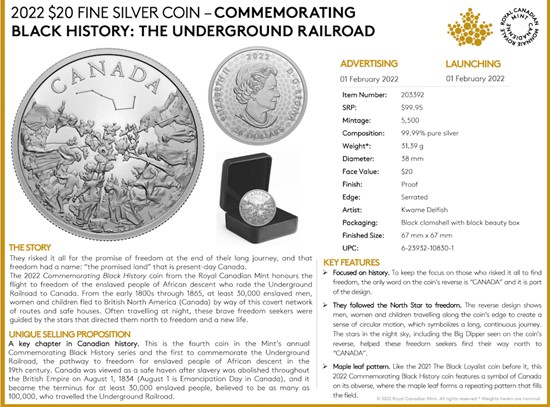