The Slap Heard Around The World: Stephen Weir Talks to Canadian Comedians About It

You Tube got it right. Only hours after last month’s Oscars Award Ceremony ended the short message and video issued about Will Smith and Chris Rock’s brouhaha was tagged as The Slap Heard Around World and it had done just that.

Smith slapped comedian Chris Rock on stage at the Oscars after he had joked about Smith's wife, Jada-Pinkett Smith and her lack of hair. Fifteen days have since passed and the story just hasn’t gone hasn’t away. Smith is getting applause mostly from American men for lightly slapping Fox for making fun of Jada’s hair loss issues with Alopecia.
But more are praising Chris Rock for taking it like a man, because he made the wise crack as part of the jokes that the Oscar organizers had paid him to drop on the global audience taking in the Battle Royale.

So how did Canadians react to the Slap Around Heard the World? Drake was apparently in a Hollywood nightclub that night and one of his crew posted that “My Drake Gone Use This Bar” writing something that praised Will Smith for defending his wife’s honour.

Scarborough’s Jim Carry on the other hand called the Oscar audience ‘spineless’ for Will Smith’s standing applause when he went back on to stage again after the Slap to accept the Best Actor Oscar. “I was sickened by the standing ovation, ”Hollywood is just spineless en masse and it really felt like this is a really clear indication that we aren’t the cool club anymore.”

Most of the comedians and performers that the Caribbean Camera talked to in Toronto were in support of Chris Rock for turning the other cheek. They also expressed concern that audiences will start a Will Smith trend by jumping on stage and slapping any comedian making a bad joke!

Although serious about the dangers of people climbing up stage while people are performing, he did dream up and post a few post Oscar funny. It pictures Trinidad holding up his new microphone stand, a baseball bat.

“I am here for all the Will Smith / Chris Rock theories of black on black violence, black woman and her hair, comedy and …… carry on!” joked Toronto Trinidadian Canadian Rhona Akosua Spencer. A word to the wise, I am taking part in the Trinidad vs Jamaica Comedy Show on May 8. Anyone so moved to come and slap me for what I say, I not collecting slap like Chris eh, I will slap yuh $&&#@#&* back!”

“Will Smith and Chris Rock. This is a scenario of two wrongs, neither right” explains popular MC Danae Peart. “Will should not have exercised violence in response to Chris Rock’s joke offending his wife and by extension him. After all it was his big night and the incident clouded it. Chris Rock’s joke was not funny. It was a jab at Jada’s appearance.”

“Even if he did not know she is battling Alopecia his comparison to GI Jane was clearly about her baldness. Which is loaded as women, especially black women, have great challenges around hair loss and what baldness means about their femininity and beauty. Chris, like other older comedians have not been reading the room," she continued. 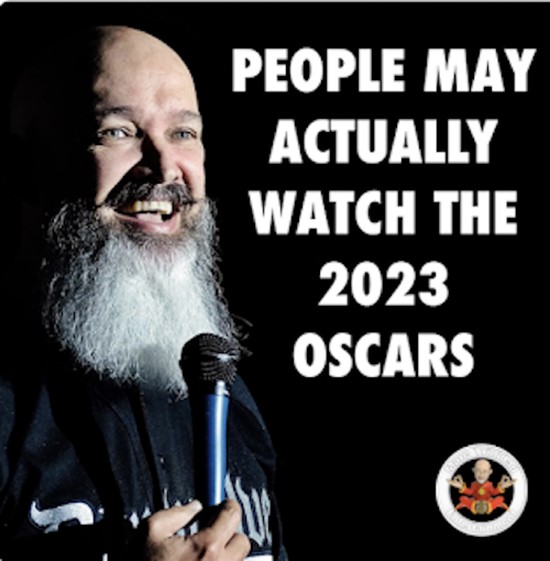 "The tide started to shift before Covid and I think now the sensitivity and tolerance levels have shifted more. There is of course some bravado ego stuff at play as Will is likely frustrated with the constant deluge on him and his wife. Every interview leading into this award season has asked him personal questions about their relationship before discussing the film. His reaction in the moment is assault but the court of public opinion is split on whether it is justifiable."