The Montserrat Arts Council (MAC) has updated its 2019 carnival schedule, which was originally released to the public on Monday, the 13th May 2019.

The new schedule was released today Friday, the 13th September 2019, 98 days until the launch of Carnival 2019, and follows the recent appointment of the Director of MAC – Mr. Kenneth Silcott and the new Head of Planning and Production – Ms. Vernaire Bass.

The new team has updated the schedule after several meetings with key stakeholders to review and address issues that include private promotions, the Calypso and Soca Monarch competitions, the Miss Montserrat competition, marketing, prize monies and the format of the various competitions during carnival.

In the interest of providing the best possible program for visitors and local patrons, they have made the following amendments to the schedule:

The MAC team believes that the changes to the Carnival schedule this year, is a step in the right direction towards placing Montserrat’s carnival on a competitive footing with carnivals across the region.

The carnival schedule is still in a draft format and may be updated once again, as promoters continue to fine tune their plans for the carnival. 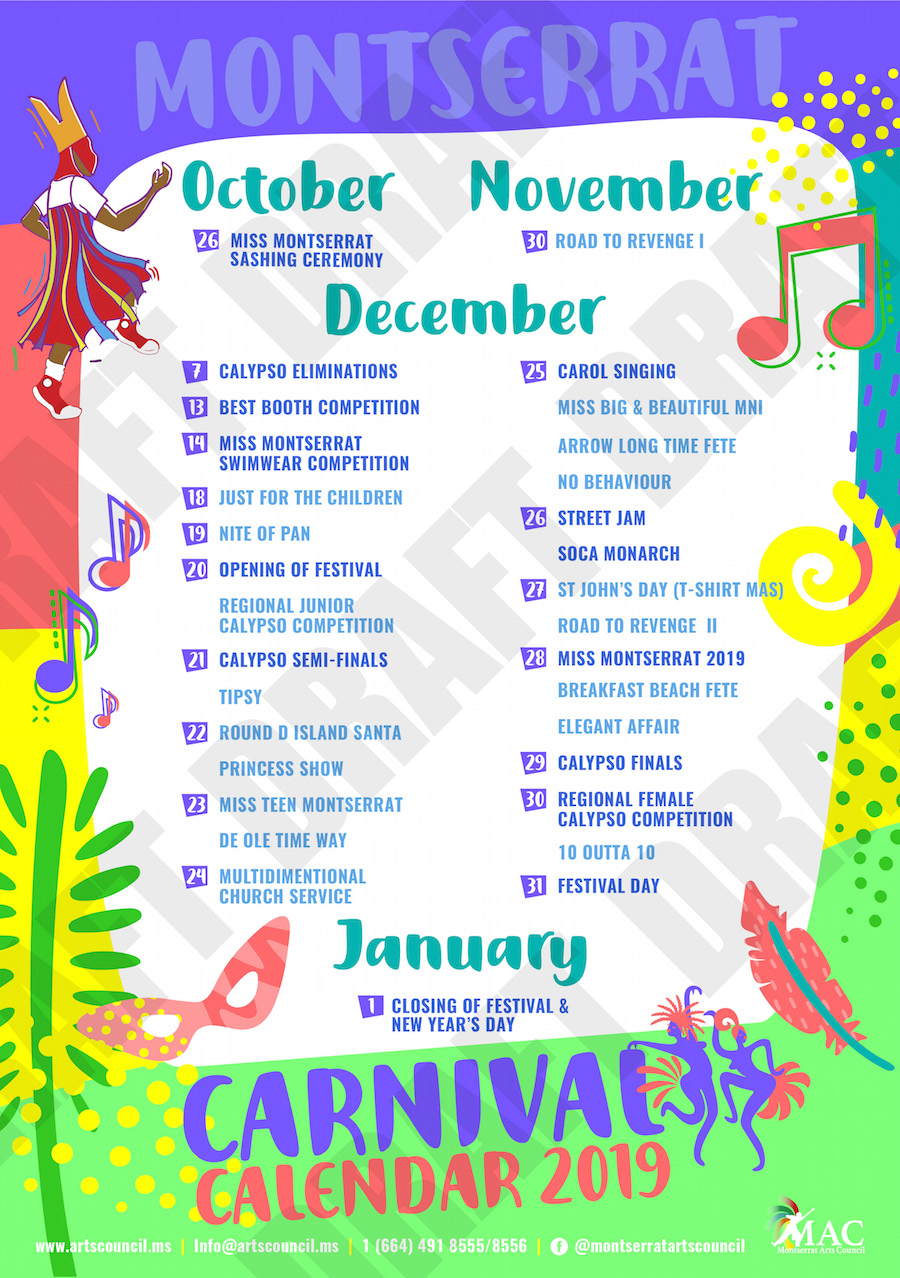