It would appear that the Governor’s Office on Montserrat has derailed the private sector initiative that was hoping to start ferry operations between Montserrat and Antigua in mid-November, using the Island Escape vessel.

Background
On Saturday, October 15th, 2022, the Island Escape ferry conducted a test run into Port Little Bay on Montserrat with full crew onboard. Owners of the Island Escape ferry informed MNI Alive that there were some issues with regards to clearing in for the vessel's crew which was their oversight entirely. However, they proceeded to make the test run, with a recorded travel time between Montserrat and Antigua to be one hour and 15 minutes. The vessel has a capacity of 150 passengers. See video below of the trial run to Montserrat:

Following on from the test run that was successfully completed on Saturday, with immense positive feedback and enthusiasm from the public - MNI spoke with the owners of Island Escape ferry to ascertain why they thought their ferry would be a good fit for Montserrat?  MNI Alive was told that they believe the Island Escape to be one of the “nicest and safest" catamarans in the West Indies.

According to an extract from the letter dispatched by the Head of the Governor’s Office, Mr David Vincent:

"As the vessel appears to have a length exceeding 24m, certification required will include but not be limited to:

this can be based on Caribbean SCV code for vessels < 24m if appropriately notified to IMO;

6) Evidence of Maritime Labour Convention Compliance as per flag state

7) Evidence of compliance or non-applicability of International Ballast Water

The Island Escape Owners stated to MNI that they have just spent half a million USD (US$500,000) on new engines and other mechanical upgrades to the ferry for the Fall 2022/Spring 2023 high season and they are ill-prepared to spend any more money towards opening the water-bridge between the two nations over the SOLAS requirement as is being stipulated by the Governor’s Office on Montserrat.

The Island Escape's operators estimate the cost to obtain the SOLAS certificate required by the Governor’s Office would amount to another quarter million USD (US$250,000) for what they are calling "a piece of paper." Furthermore with regard to the SOLAS certificate, the owners have indicated that  the “Island Escape” was built to USCG T-Boat standards for 149 passengers having a “Certificate of Inspection” (COI), where it operated in open water routes between Long Beach and Catalina Island, California. It also operated in the open water 42 mile route between Panama City and the Pearl Islands in the Republic of Panama successfully for 16 years without a casualty before arriving in Antigua under charter in late 2019 and has been operating under a SCV certificate issued by Antiguan Department of Marine Services (ADOMS) for nearly three years. 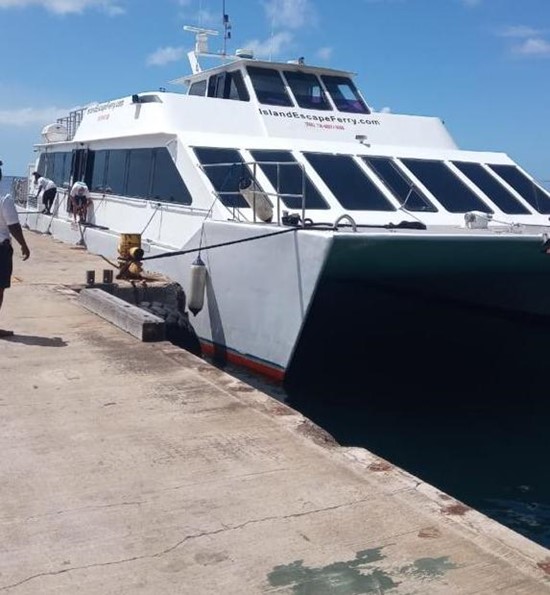 Is the Governor's Office Correct to influence a Private Sector operation?
The operators have indicated that they are withdrawing their private sector offer to reopen the Antigua/Montserrat passenger ferry route using “Island Escape” ferry unless some special agreement is reached between the Antiguan Department of Marine Services (ADOMS) and their counterpart the Montserrat Maritime Authority (MMA), regarding the SOLAS requirement.

There is however an offer on the table to still have a privately run ferry operation between Montserrat and Antigua using the “MV EDGE”. The EDGE is under 24 meters with a proven international sailing record between St. Maarten, Saba and St. Barts. It has a capacity to carry 60 passengers. The MV EDGE is presently undergoing total renewal at a shipyard in Florida, USA and would not be ready for operations before January 2023. 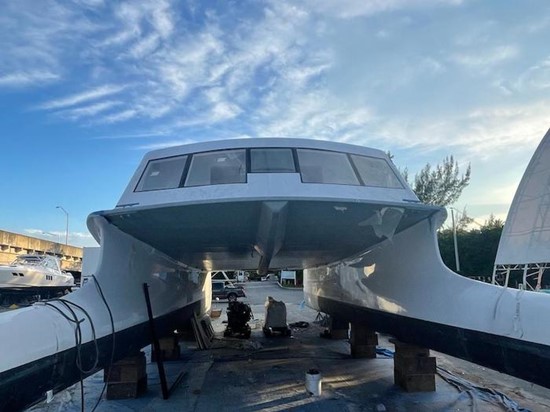 In the meantime, it would appear that the move to start ferry operations by mid-November 2022, using the Island Escape is now off-track based on the letter from the Governor's Office to the operators this week.