Autumn in Japan is like a framed canvas of blazing fire, dazzling onlookers with fall foliage in vibrant hues of red, orange, and yellow. Acknowledged around the world as one of the most popular seasons to visit Japan, it is a Japanese custom to visit the country’s scenic areas during this time. City parks and the countryside are draped in the spectacular colours of red maple and yellow ginko trees. In some areas there are even trees planted specifically for this pastime. Momijigari , the viewing of autumn leaves, allows families and romantics to appreciate the splendour of nature together. 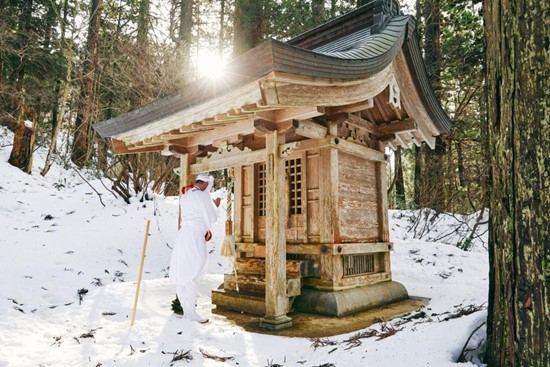 The Shikoku Junrei follows the 1,400 km route of the 9th Century Shingon Buddhist monk Kobo Daishi to 88 temples that dot the island of Shikoku. Donning a white vest with staff in hand, pilgrims make the trip to remote shrines with enchanting vistas in cities, towns and villages. This is the best way to tour the island, either on foot or by bicycle, and it reveals a surprising array of local flavours.

The Kumano Kodo is a registered UNESCO World Cultural Heritage Site. More than a leisurely walk in the woods, it is a gateway into 3,600 mountains of shinboku “divine trees.” Legend has it that the Kumano region in the Kii Mountain Range of Wakayama is a place where deities descended and now reside within trees, mountains, rocks and rivers. Following in the footsteps of nature-worshipers and the ancient pilgrimage route of the Imperial family, step back in time and visit the “Land of the Gods” that has been the focus of spiritual pilgrimage for more than 1,000 years.

The Dewasanzan, located deep in Yamagata Prefecture, is renowned for its temples, cuisine, outdoor hot springs and incredible powder skiing. Here, the snow-caked trees are thought to resemble the snow monsters of Japanese folklore. When hiking the Three Sacred Mountains of Dewa, your guide is a Yamabushi, a Japanese ascetic mountain hermit of the Shugendo religion who is endowed with supernatural powers and leads you on a spiritual journey through a cycle of Death and Rebirth! These mountains are holy to the Shinto religion and the five-tier pagoda at Mt. Haguro is a national treasure. At 1400 years, this is the oldest history of mountain worship in Japan. 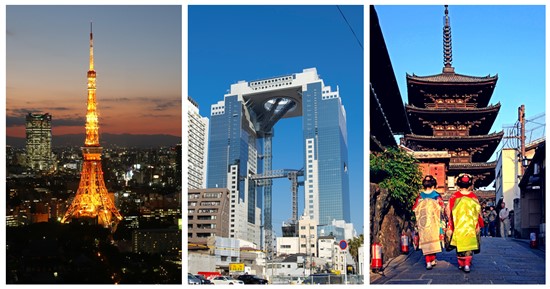 These four islands in the southernmost tip of Japan contain 42,698 hectares of subtropical rainforest. Throughout history, these islands have remained uninhabited by humans, acting as the boundary for the East China Sea and the Philippine Sea. Due to the Kuroshio Current and a subtropical high-pressure system, the islands have a humid subtropical climate, covered in rainforests.

The Okinawa Trough, formed in the late Miocene period, resulted in the islands separating from the Eurasian continent, creating an archipelago. Due to the separation, different species were not able to cross between islands and remained isolated. These endemic species range from plants, mammals and amphibians to inland fish and reptiles. Many are considered globally threatened.

For example, the endangered Amami Rabbit species is listed on the IUCN Red List of Threatened Species (Pentalagus furnessi), and the endangered Ryukyu Long-haired Rat (Diplothrix legata) is not found anywhere else on the earth.

The islands are designated as Special Protection Zones or Class I Special Zones managed by the Ministry of the Environment and/or Preservation Zones of Forest Ecosystem Reserves managed by the Forestry Agency. The islands are also considered national wildlife and national monument-protected areas. Threats to these islands include tourism as well as invasive species such as the Small Indian Mongoose and cats. 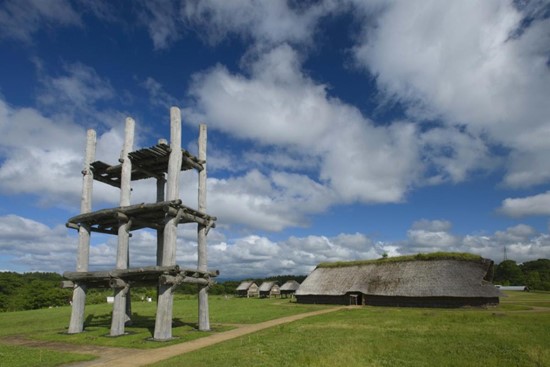 The Jōmon prehistoric sites are made up of seventeen different areas from northern Tohoku to southern Hokkaido. Created c. 16,000 BCE, they represent a pre-agricultural way of life. The Jōmon people were a society of hunter-fisher-gatherers, adapting to climate and marine changes.

There are multiple structures and settlements located throughout the expanse of the site, such as burial areas, stone circles and ritual/ceremonial places. Shattered pottery and surviving archeological finds demonstrate the strong spirituality of the Jōmon people.

The name 'Jōmon,' means 'straw rope decoration,' referring to the patterns that were found imprinted on pottery over the period. Items such as pots and clay tablets with faint depictions of feet, and goggle-eyed dogu figurines have been found near the ceremonial locations.

Each site is protected as a Special Historic Site. Buffer zones have been created around each one to protect them; however, six areas are located on private property.