The cast of Bridgerton are a sociable bunch, attending countless numbers of Balls and Soirees, where it would be criminal to be seen without a glass of Champagne in hand. The research crowned Bridgerton as Netflix’s booziest boxset, with an average of 490 units drank per episode.

In episode four, scandals are averted and secrets are revealed, as Prince Colin is ready to propose, but something is holding Daphne back. Maybe it is the expectation of being a princess?

On the night in question, Simon, Duke of Hastings was seen drinking almost 20 units of alcohol, that's almost 10 glasses. No wonder he felt compelled to track Daphne down for their first kiss.

Spotted by brother Anthony, he pushes Simon to marry Daphne, and a duel is called upon his refusal and viewers are left with the tense cliffhanger of who will win the battle.

Bridgerton also took the top spot in the study as the booziest Netflix series overall, indulging in 307,910ml of alcohol. Whilst we made sure to count non-alcoholic drinks, the extravagant party scenes and the Bridgerton siblings’ wild escapades meant that 96% of the drinks featured in the show were alcoholic.

Bridgerton also consumed the most units out of the TV shows we looked at, with a whopping 3909.3 units drunk. That is over 400% more than the second-highest show on our list - The Witcher.

Episode four of The Witcher marked the halfway point in the Netflix fantasy series, and it was also the most booze-infused episode of the season.

The episode sees Geralt (Cavill) and bard Jaskier (Joey Batey) making their way to the palace of Queen Calanthe (Jodhi May).

At the palace, Calanthe rejected all the suitors until a knight wearing a helmet turned up in court and asked for the hand of the princess. 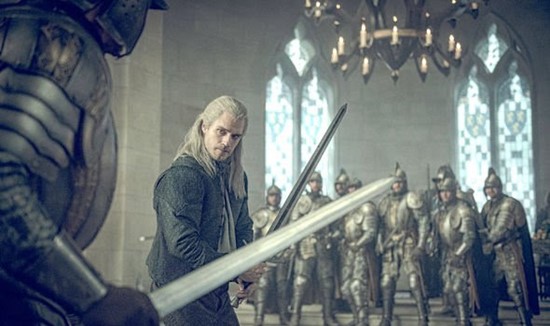 This suitor was unmasked and revealed to be Duny (Bart Edwards), who said he wanted to marry Pavetta by the Law of Surprise. This revealed the princess was technically payment for a past debt and saving the life of Calanthe’s husband.

This jaw-dropping revelation could be the reason this is the booziest episode of the series, with characters consuming a whopping 100 units on screen.

Meanwhile, Geralt’s connection to Ciri is unveiled, and his destiny to protect her from danger because she will be the one to save the Continent.

The research found Geralt was the series biggest drinker, drinking 22.2 units alone across the whole series. If you watch it you’ll soon find out why...

Whilst some Netflix box sets like to ease us into the story before revealing deviant character traits, this was not the case for ‘You’. In the pilot episode of season one, we see the characters consuming at least 60 units - which is the same as six bottles of wine!

The ‘Pilot’  episode wastes no time jumping straight into Joe Goldberg’s story, who appears seemingly normal. This handsome guy who runs a bookstore in New York City is introduced to the beautiful, blonde Beck who piques his attention.

He’s immediately smitten, but unlike most New York men who stumble upon someone they instantly like, Joe’s approach is different. 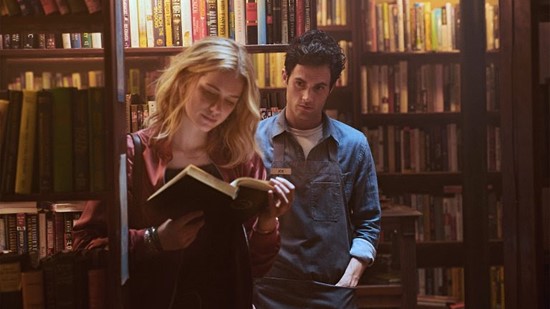 We soon see he is an obsessive stalker who in one episode has tracked down all of Beck’s social media, found her address on Google Maps, watched her during private moments in her home.

Beck is in fact the booziest character in You, consuming 35.5 units- the equivalent of three bottles of wine- over the duration of series one. This wouldn’t surprise viewers considering she has to dodge her creepy admirer in the process.

Netflix’s hilarious yet poignant coming-of-age series Sex Education saw 40 million viewers in the month following the premiere of its first season. The research determined episode two to feature the most alcohol, as on-screen characters sink an average 30 units per episode- the equivalent to three bottles of wine. 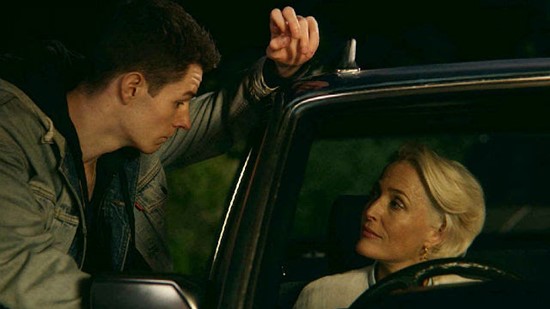 Later in the first episode, Aimee’s decides to throw a party but Adam, who wasn’t invited finds out. Despite this, he then broke into the party through the window with his drunken antics causing him to smash Aimee’s grandmother’s urn over his friend’s head.

Whilst the youngsters are busy exploring the likes of sex, drugs and booze, we expect the shows biggest drinker to be the likes of bad girl Maeve Wiley, or head boy Jackson Marchetti. However, it was our favourite sex therapist Dr Jean Milburn, who drinks a few too many glasses of wine throughout the series, and who can blame her?