A Matter of Leadership That Must be Addressed: Where To Next for Montserrat's PDM Party? (for Premier Romeo)

The People's Democratic Movement (PDM), the incumbent government on Montserrat must sort out its house, and fast.

On Tuesday, December 15th, 2015, a debate was held at the Brades Arts and Education Center on Montserrat. I was there. The then recently elected Premier of Montserrat, Donaldson Romeo, stood up during the discussion segment to make a presentation. In that presentation Romeo began by stating that prior to elections 2014, he had no desire to form a political party. Interesting, I thought.

What I deduced as Romeo went on speaking, was that he sat in Opposition for all these years telling the people why Reuben T Meade was wrong for leadership - but yet he himself had no inclination to take over the leadership of Montserrat, and steer it in the direction, that in his estimation, would have been the right course to take the island forward.

Thus, was Romeo thrusted into a leadership position that he was ill-prepared for, and that he did not even aspire towards?

Is his current display of leadership an indication that he simply was never ready to lead? It is known within many units of political conversations that Hon Donaldson Romeo did not initiate the PDM Party. The rumblings are rife; throughout the local circles and within the reach of international ears, it is widely known that within the PDM there is a matter of Leadership that requires urgent attention.

The present Leader of the PDM, Hon Premier Donaldson Romeo is man whom many have spoken widely of being well-intentioned but perhaps unsuited for the position that he holds.

Romeo has disappointed on many levels. The one-manism that he once charged was a fault of former Premier Reuben T Meade, was entrenched even further by him; where he allowed himself to fall victim to the fantasies that everyone was out to get him. Thus, in his dealings and decision making to do with the affairs of Montserrat's progress, Romeo maintained a secretive aura. Not even his Ministers were at times privy to what was going on with the Premier and his activities on behalf of the country.

MNI has always stated that no one individual can run a country. No matter how brilliant a mind you think you are, the best of them require a collaborative effort to advance the policies and programmes needed to truly get things moving.

Some have stated often to MNI that is it people within the government structure who have attempted to sabotage the Premier. My response to that has always been, that if one's charged to lead a country and the Office of the Premier extends, via the Constitution, certain powers - then it was Romeo's fault for having not made it clear and certain his command and authority. That one is on him.

The conversation now as election clouds gather for Montserrat, is whether Romeo is the man to lead the PDM grouping and take the election campaign forward. Under the stewardship of Premier Romeo, he has allowed the British to regain control of Montserrat with a neo-colonial surrender in the early stages of his Premiership.

The backers for Romeo to remain as Premier would say that there is no magic formula for governance; and that I concede is true, however only to a degree.

Here we are today where Montserrat seeks Leadership to take the country forward. MCAP most certainly is not the answer. After 4 years of speaking negatively about their country at every turn; now an election is here, they have no solutions, just personal vendettas and abject dishonesty. After 4 years of dissing Montserrat week in and week out, MCAP is still not viral! Fact.

It can be said that after 5 years of being given an opportunity to lead Montserrat, Premier Donaldson Romeo may in fact have shown to the people of Montserrat that the capability to do this job is not within his grasp. It is not a slight to the man. MNI actually likes Romeo as a person, just not as the Leader of Montserrat.

One may then ask, well why then would the Premier, who states his undying love for Montserrat, be in a position where he knows he has struggled to deliver, yet still refuses to allow a more capable hand to lead? It is a question that is worth some exploration.

A former Premier of Montserrat by way of Reuben T Meade a few years ago once stated via social media that the Ministers of Government should stick with/support Romeo, despite his clear lack of Leadership. I wonder what Former Chief Minister Dr Lowell Lewis would say about the events that led to his Government's downfall in 2009, in response to that? But Meade is not in active politics anymore..or so goes the notion. He is busy undermining Hon Easton Taylor-Farrell’s authority....oops….dammit! I meant enjoying his retirement! (damn keyboard type what it feels it seems!) 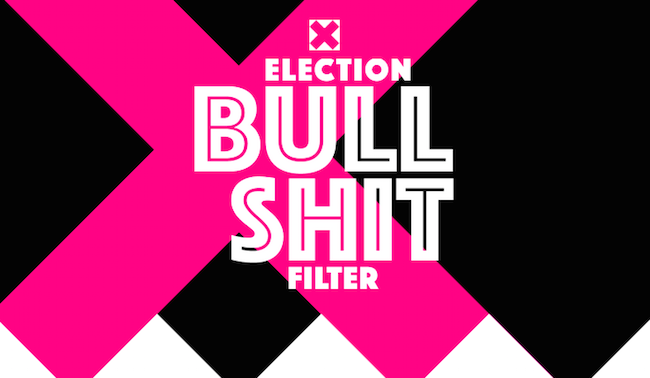 The fact is that Premier Romeo could have long been relieved of this leadership burden that he himself has stated that he never desired. He however, is still being propped up by some members of the PDM Party’s inside grouping. These caucus members it seems, are of the view that Premier Romeo was not given the support he needed. Hence, this is why the Party was so fragmented and Romeo’s Leadership is being rendered as ineffective.

Can the Premier, and those that are propping him up, dispute the fact that Romeo himself is not the team player that they are reporting him to be?

As countries consider the individuals that they wish to lead them, and the display of leadership from these individuals, there comes a point in time where a reassessment becomes necessary. In this reassessment, the democratic process affords for members of government to voice their discontent with the leadership in various ways.

As these 2019 elections loom, the island has to decide the type of leadership that it wants to really bring some action to the land.

If indeed the economy of Montserrat is stagnated, and the island has been having the very same cyclical discussions year in and year out; month in and month out - then the island needs Leadership that delivers for everyone.

Is Donaldson Romeo the man for this task?

It is a question that needs serious reflection, and those members of the PDM that feel it is in their best interest to prop up Romeo, they must be asked whether it is Montserrat they love, or is it the juices of having access to power that is more sweetening to their tongues?

At this point with elections around the corner, it is noticeable that many are caught up in the drama of political hype. Everyone has the answers, but yet still they've not presented how these answers will be enacted differently with "Montserrat first" as the top billing, and how moves will be made to create more unity and less division.

Now, The PDM knows that they have a Leadership issue. For years the party has limped on with that weight and have not done what has been required to fix it in the best interest of Team Montserrat.

The question is, with the day of reckoning drawing near, will they?


Note: Jeevan A. Robinson is Editor-in-Chief of Marketing, News & Information Media.  He can be reached at jeevan@mnialive.com