A Guide to Cabo Pulmo: The Conservation Capital of Los Cabos

To the north of scenic Cabo San Lucas in Baja California Sur lies the Cabo Pulmo National Park, a UNESCO World Heritage Site encompassing 7,000 hectares of biologically rich sea. The influence of volcanic dykes in the area allowed a vibrant coral reef system - the only such system in the Gulf of California - to flourish, providing a home for countless species of fish, octopi, crabs, turtles, sharks, and rays. A 27 year (and counting) ban on commercial and sustenance fishing has allowed previously endangered species, including the majestic sea turtles, to slowly recover. Now, the park is beloved by locals and visitors alike, as it offers an eco-friendly avenue to engage with the wonderful world beneath the warm waves of Los Cabos.

As one of the most popular tourist destinations in sunny Los Cabos, a trip to Cabo Pulmo deserves a starring spot on every vacation itinerary. The park is startlingly diverse in its offering of excursions, both aquatic and otherwise. Read on for a breakdown of what you won’t want to miss in the “Conservation Capital” of Los Cabos.

A Foreword on Conservation

Both the locals and authorities in Los Cabos take their responsibility to protect their natural environment quite seriously. While visiting Cabo Pulmo is meant to be fun, it’s important to remember that it is a protected environmental area. This means respecting the habitats of the creatures that live there by following a few simple rules: always deposit waste in the provided bins and avoid removing any natural items from the environs of the park - even a tiny shell could have one day served as the dream villa of a crab!

Now, with that aside… 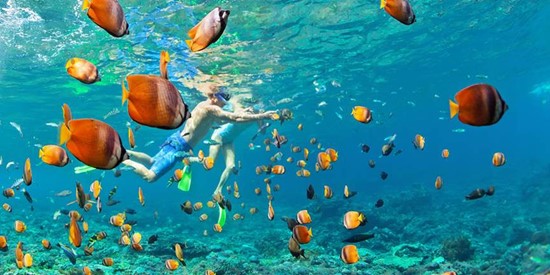 As you might imagine, snorkelling is one of the most popular activities in the park and for very good reason. While the dry areas of Cabo Pulmo have their own charms (more on that later), it is the expansive reef that holds the dazzling aquatic biodiversity that must be seen to be believed. You’ll find no shortage of reputable ecotourism tour companies ready to take you on an adventure beneath the waves. The experts advise visiting between October and November when the jack mackerels dance on the seabed in hopes of attracting a mate.

La Esperanza and El Cien are two of the most popular locations for dives in the park, as they are flush with yellow snapper, sea bass, and bull sharks. If you’re lucky, you might even find yourself sharing the waters with some of the region’s rarer denizens: sea lions, humpback whales, and whale sharks! In Cabo Pulmo, diving traffic is tightly monitored and controlled, ensuring that the impact and disruption to the native wildlife is minimised. While this is great for the animals, it’s also great for you: small group diving in the presence of an expert guide team is one of the best ways to ensure you have a positive and fulfilling diving experience.

Get Your Lay of the Land

When it’s time to take off the wetsuit and flippers, Cabo Pulmo has plenty to offer in land-locked sightseeing. Take a walk along the beach of Punta Cabo Pulmo to Punta Los Frailes, an 8km north-south journey offering majestic seascape views. La Sirenita Beach, known to the locals as Los Chopitos, is a secluded cove safeguarded from the wind, often frequented by novice divers and romantics just seeking a sandy escape. As with the rest of Los Cabos, you’ll find plenty of cacti dotting the semi-desert landscape, providing a vivid green contrast to the deep blue of the nearby waters. Of course, these massive cacti (which are also protected) additionally serve as the perfect selfie backdrop, as long as you maintain a respectful distance. 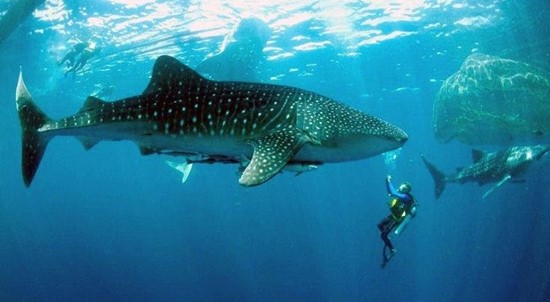 How to Swim with the Sharks

Swimming with sharks has always had a special sort of allure, perhaps a product of the perception that these strong, beautiful predators present an exciting cocktail of wonder and danger. As something of a shark haven, home to stocky bull sharks, black-tipped Sarineros, and spotted catsharks among many others, Cabo Pulmo offers visitors an incredible opportunity to experience the rush of swimming with sharks for themselves. This once-in-a-lifetime excursion comes highly recommended and is, contrary to what movies like Jaws would have you believe, extremely safe. As with all things in Cabo Pulmo, respecting the animals and environment is the key to having a good time.

Specifically, when swimming with sharks, you should always:

And…that’s it! For those with a respect for nature and a passion for the beauty of the seas, a swim with the sharks of Cabo Pulmo is the perfect finale to an incredible day of aquatic adventure in one of Los Cabos’ most beautiful parks.