In July 2015, Montserrat will celebrate the tenth anniversary of the Calabash Festival. When Florence Griffith-Joseph proposed that the Montserrat Hospitality Association establish the Calabash Festival during the month of July, members accepted it as a good idea which could be used to encourage visitors to come to the island to experience something different, as well as help local entrepreneurs to "turn a penny." It was also an opportunity to explore Montserrat’s cultural past to consider other means of exploiting the humble calabash.

During the first Calabash Festival Week in 2006, the Montserrat National Trust hosted an exhibition mounted by Mme Sonny Tancons of Guadeloupe. She and her husband Aubert had spent several years in Senegal and Benin. Fascinated by the rich cultural heritage of those countries, they had collected examples of the many ways in which the calabash, (ranging in size from a small orange to a medicine ball), was used. This fruit had found a place in religious rituals, domestic activities including the preparation and service of food, as well as in rivers and in the sea, for fishing. It was an exhibition which opened our eyes and excited the imagination

The following year, we invited Noel Duncan of Tobago to facilitate a calabash workshop. The activity began with the harvesting of fruit from different parts of the island… these ranged in size from a grapefruit to a good-sized pumpkin and they were generally round or oval shaped. Noel taught us some of the techniques he had acquired during his own journey with the calabash. We learnt that the period 3 days before and after a full moon, was not an advisable time to cut open a newly harvested calabash. Because of the quantity of water contained it the fruit, it was liable to simply burst open.

No one looked forward to spooning out the contents of a cut calabash as this was too tiring and time consuming an activity. Noel showed us how to fashion a tool which enabled us to scoop out the inside of a cut fruit in mere minutes. We learnt too, that the use of water, either hot or at room temperature would produce different effects on the outside of the calabash… the addition of bleach, gave yet another result. We were soon able to use these techniques to introduce some variety in the pieces we worked on.

Llewellyn Browne aka Ras Wyn, worked alongside Noel to introduce us to painting techniques and incorporate basket weaving into some of our calabash pieces.

Cheney string for the weaving was harvested by Ras Wyn. We were also exposed to the rudiments of handbag making. While I have made a few handbags by adding fabric to the calabash, I return time and again to carving the fruit, using different sizes of chisel to produce a variety of designs. A chisel may be used to outline drawings or create a design.

BASIC TOOLS FOR WORKING THE CALABASH 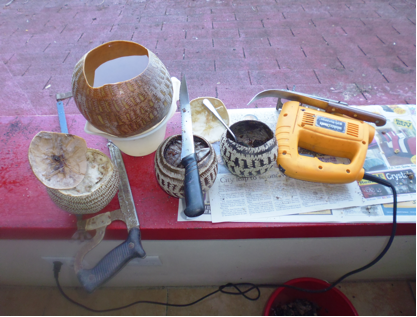 CUTTING: hacksaw, a small sturdy saw, a crafter’s jig- saw. The saw or hacksaw will be used to make a " key hole’ for the jig-saw which allows one to do some creative cutting, using curved lines which can be quite interesting.

CARVING: A set of chisels of varying width. Great care has to be taken when using these, as the hard smooth surface of the fruit can cause the blade of the chisel to skid and cause damage. One may choose to carve the calabash before cutting it, but the need for care when carving remains the same.

CLEANING OUT THE CUT CALABASH 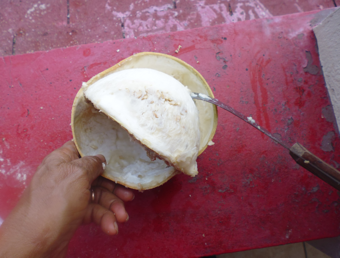 A stainless steel knife, with a blade that is about one inch wide and six to seven inches long. The blade will need to be bent into a shallow curve.

A medium sized metal spoon for scraping out the remnants of pulp which adhere to the inside of the calabash shell.

A metal or sturdy plastic pot- scrub is also useful in this final cleaning .

A SELECTION OF CALABASH FRUIT 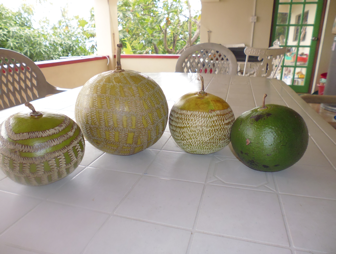 Tips To Leverage Social Media Marketing For Your Business

Statement: Leader of the Opposition on Montserrat, Hon Paul J. Lewis, on Latest COVID-19 Surge on The Island