Was Montserrat's People's Democratic Movement (PDM) Party Doomed from Inception? Can It Be Salvaged?

Change is often a difficult thing to accept, but more so, change is often scuffed upon if not delivered as was promised, or even near to. Such is the People’s Democratic Movement (PDM) of Montserrat’s dilemma.

As the island of Montserrat considers its present Leadership impasse, but more importantly, as the island seeks a path to follow for the future, MNI Alive asks the following questions;

1) Was the PDM project dealt a self-inflicted wound from the start?

2) Also, is the PDM mandate and ideology salvageable?

Seemingly, many political aspirants are standing guard eagerly waiting to assume seats at the table they see as ripened for the taking. I wonder though, who amongst them truly has the common man’s interests at heart beyond only saying what is required to win a General Election?

The voters on Montserrat handed the island’s PDM Party the country on a platter following 2014 General Elections. Many of these voters were the common men and women of the island who felt the economic and financial pressures under the MCAP Administration, and thus required to be rid of that regime.

The PDM came into power, with Hon Donaldson Romeo as Premier. But was that PDM’s first misstep?

It is known within many units of political conversations that Hon Donaldson Romeo did not initiate the PDM Party. The fact is also that Romeo, as he has often stated, had zero interest in being Premier of Montserrat.

Here it is that the PDM came into power, and Hon Romeo who was the campaign Leader at the time, as expressed openly on ZJB Radio during the campaign season of 2014 by the now Speaker of the Legislative Assembly, Hon Shirley Osborne - here it was that Romeo assumed the Premiership of a party that he did not have any inclination to form in the first instance, but was invited in to join.

It is understood that a semblance of Parliamentary seniority and experience was required for the campaign at the time, hence why Romeo was brought in, but was this PDM’s first mistake, and their first self-inflicted wound to allow Romeo to assume the Premiership?

At this point, I draw the analogy of the PDM dilemma to that of a professional basketball team. The team cannot function as effectively as it should if the wrong players are playing in the wrong positions. If players are out of place in roles unfamiliar to them, can they truly have the same impact that can lead the team to the victories that it requires to be considered serious contenders?

In that regard, has the PDM for years been strolling on with an internal issue, where some of the wrong players have been in the wrong positions on the team?

PDM’s other self-inflicted dilemma could also have been the immediate semblance of disunity within the first month of being in office, with Dr Ingrid Buffonge leaving the party in the fashion that her departure took place. Since then the tense relationship between Hon Buffonge and Hon Ryan is well known, but how has their turf war helped Montserrat?

In many regards there is a stoking of sympathy towards Hon Buffonge, and her reasons for leaving the PDM. However, I also fathom to look at the bigger picture beyond the hype and emotions, and consider that if egos and hurt feelings were the catalysts for abandoning ship, then I have to ask equally whether Hon Buffonge abandoned the people who elected her?

Could she have been better served by taking some time away to cool heads, and then re-approach the “people first mandate” by instead coming to the table to work with Hon Ryan to fix healthcare on island?

Jumping on the Opposition side for 4 years to berate healthcare and offer no viable plans to get it moving has not helped Montserrat one iota. Could it be possible that Montserrat would have been better served by making healthcare truly about the people of Montserrat, and not about party politics, personality clashes and bruised feelings?

Could Hon Buffonge with her obvious Healthcare knowledge and expertise, and Hon Ryan with her experience in Government prior to being elected – could they both not have worked in the interest of Montserrat by sitting at the table together to figure out the new hospital issue,  and all else that is lacking with Healthcare on Montserrat.

To go back to the Basketball conversation, bench guys are equally useful on a basketball team as well as the main players. Bench players help the team to victory also with the skills they bring to the table.

So those two initial missteps I do feel damaged the PDM.

Basketball teams, and indeed so too political teams; they win when their members are working together for the common good of the overall team objective – and that common good is victory/wins.

At this point, it is noticeable that many are caught up in the drama of political hype. Everyone has the answers, but yet still no one has presented how these answers will be enacted differently with "Montserrat first" as the top billing, and how moves will be made to create more unity and less division.

Everyone needs to come together for Montserrat, but can they, and will they all seriously sit down and put Montserrat first, and do what is required?

Now, The PDM knows that they have a Leadership issue.  For years the party has limped on with that albatross and have not done what has been required to fix it in the best interest of Team Montserrat.

The question is, will they? 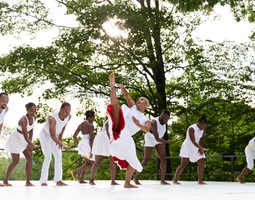