Several luminaries, both on the regional and international stage, were last evening recognised for their invaluable contributions to humanity in their fields of endeavour at the 2015 opening night of the Caribbean Musiz Festival held here in Nassau, Bahamas.

Last evening's opening ceremony fitted the moment, as this year's festival has also been pivoted to recognise a historic signing; which was the 30th anniversary of the Nassau Accord. This hugely significant Accord signed right here in Nassau during the October 1985 Commonwealth Heads Conference, of which 45 leaders of Commonwealth states imposed economic sanctions on Apartheid South Africa.

What made this moment and this accord more poignant is that it paved the way for the history making images the world witnessed, as former South African President and long serving freedom fighter during the aparthied movement, Nelson Mandela, walked free from prison with no conditions.

Canada's then Conservative Prime Minister, Brian Mulroney, later acknowledged the role of Sir Lynden Pindling in a letter he wrote to him, which was recalled with deep passion by present Prime Minister of The Bahamas Perry Christie, during last night's opening ceremony and commemorative speeches; where PM Mulroney stated that "it was the efforts of the Bahamian Prime Minister which did most to produce the almost unanimous statement in favor of sanctions against South Africa which came out of the meeting."

When Mandela's release from prison was secured, the former SA President, (also deceased), in 1993, made The Bahamas his first visit to a foreign country to thank the people of The Bahamas and Sir Lynden for the Nassau Accord.

It was therefore most fitting that last night's opening of the Caribbean Musiz festival was dedicated to the people of the Bahamas and South Africa. Additionally, the daughter of Sir Lynden was presented with a commemorative award for her Dad's role in ushering in The Nassau Accord. 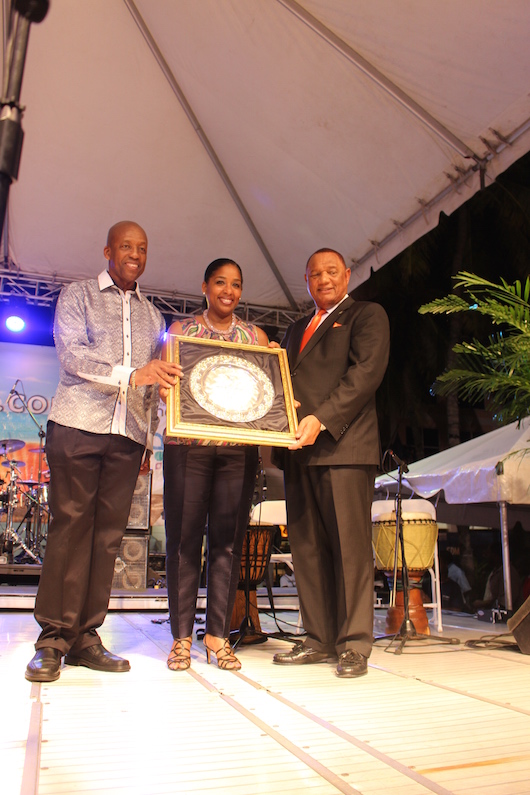 Presentation were made by Prime Minister of the Bahamas, Honourable Perry Christie, who was in attendance, and also the High Commissioner for South Africa, Her Excellency, Mathu Joyini.

In attendance for the occasion also, the crowd was entertained by The South African Soweto Gospel Choir who travelled here to The Bahamas to perform.

A Living Legend award was also presented to Ronnie Butler of The Bahamas, and one also too, to the lady popularly known as Calypso Rose of Trinidad and Tobago.

There are several more living legend awards to be given out over the course of the next two days of the Caribbean Musiz Festival. 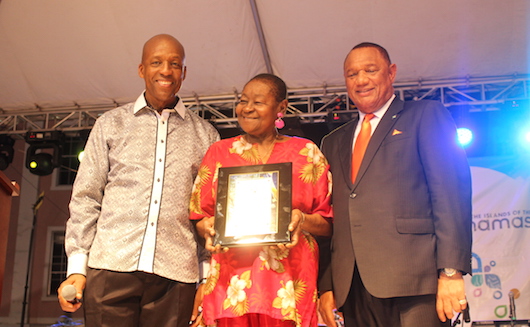 The Bahamas have made the 17 year break from the Caribbean Musiz Festival a well deserved rest as they have kicked off this year's CMF with prominence, and with history as their marker.

View pictures taken from the evening's event by clicking here

Soweto Gospel Choir from South Africa performing in The Bahama...

Soweto Gospel Choir from South Africa performing in The Bahamas last night at Commemoration Ceremony of Nassau Accord, that set Freedom for Nelson Mandela in motion