Two children’s books written by prominent Black Canadian writers won big on Tuesday evening. Children’s books were celebrated with more than $100,000 in prizes given to authors and illustrators at the TD Canadian Children’s Literature Awards ceremony.

Shauntay Grant is an award-winning Canadian poet and author with strong Jamaican Maroon roots. She tells the story of Africville, the vibrant Black community in Halifax which thrived for 150 years before being demolished by the government in the 1960s. The illustrated story is brought to life through the eyes of a young girl taking in the annual Africville Reunion Festival.

Also winning was Christopher Paul Curtis. His “The Journey of Little captured a $5,000 prize for the best historical fiction book for young readers.

The Journey of Little Charlie is the story of a twelve-year old boy struggling to do right in the face of evil. Charlie is down on his luck: His sharecropper father just died and Cap'n Buck -- the most fearsome man around -- has come to collect a debt. Fearing for his life, Charlie strikes a deal with him and agrees to track down folks accused of stealing from the Cap'n. It's not too bad of a bargain for Charlie... until he comes face-to-face with the fugitives and discovers their true identities. Torn between his guilty conscience and his survival instinct, Charlie needs to figure out his next move -- and soon. 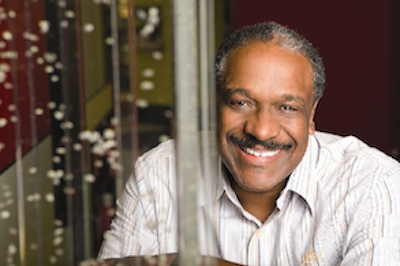 Christopher Paul Curtis was born and reared in Flint, Michigan. After high school graduation, he worked on the line at car assembly plant before becoming a writer. The 65-year old children’s author now lives in Windsor with his wife and two children.

Top winner in Toronto was Heather Smith for her middle-grade novel “Ebb & Flow” which took the $50,000 main prize.

Los Cabos, A Paradise for Lovers