(This piece was first written by MNI Media's Editor-in-Chief, Jeevan A. Robinson for the 2016 St Thomas Carnival Journal that honoured The Jam Band and Boots. The piece has been edited by the Author, with additions made, as a fitting tribute to Daddy Boots, on his untimely passing)

Ambrose, ‘Boots' Schmidt was a creative genius. Boots as he is popularly known, had been around the Virgin Island music scene for the better part of almost 40 years! His mainstay has been performing with the prolific and well-known musical group, The Awesome Jam Band, as lead trumpeter, arranger, crowd pleaser, and Leader.

However, on Monday, October 23rd, 2017, news began to reach the ears of family, friends, the Jam Band Members, and the general community, that Boots had tragically passed away in a freak work-related accident.

The news tore through the hearts of many who knew Boots personally, and have had the pleasure of sharing time in the presence of a man who is known to have created and perfected the Jam Band style; which synonymously became the V.I style.

A native of St. Eustatius, Netherland Antilles, Ambrose Francisco "Boots" Schmidt was born on October 11, 1967 to William and the late Brenda Schmidt. He was the middle child of five siblings.

Boots, through his example of contributing to culture and music in the Virgin Islands exemplified professionalism when it came to his musical craft. His prowess as a songwriter, arranger and performer has helped steer the Jam Band to 21 Road March titles - an unprecedented achievement throughout the entire Caribbean.

Not only has he written, arranged and produced music for many of the territory’s leading artists and bands; he also performed countless gigs of varying musical genres.

His introduction to music, however, started at the tender age of eight as a third grade student at the Joseph Gomez Elementary with instructor Mr. Louis Taylor, and continued into junior high with Mr. Ari Ari and Mr. Eric Cristian. At Kean High, his musical experience was further extended as he learned and mastered the piano, the trombone and bass, and all the while undertaking music theory, arranging and composing with Mr. William Johnson. Mr. Glen Elskoe was quite influential in his musical development as well; taking him under his tutelage and introducing him to the drum machine and programming the rhythm master. Music was definitely in his bones and in his soul. At the age of 13, Boots started playing with various local bands.

It is very hard to find great arrangers with a flair for a good sound within the Soca music genre. Many write songs, but how many can truly write songs that are imaginative, commanding and at the same time pulsating?

Boots has always maintained a presence in the Virgin Islands elite musical set. Bands that have benefitted from his talent include:
• Tropical Expressions (Northside);
• Irie Vibes (Old Tutu);
• Eddie and the Movements with the late great Eddie Francis, his Smith Bay neighbor, and the person who is credited with teaching him the formula;
• Beta Band and Exodus (AXA);
• Xtreme (Tortola);
• Violators (STX);
• The Awesome Jam Band 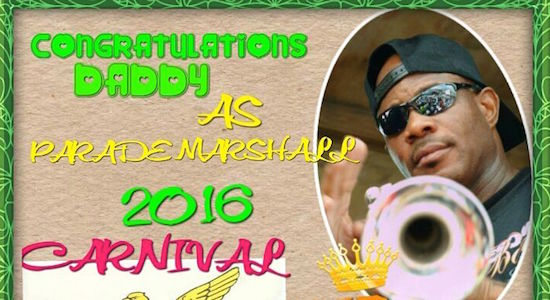 Boots also lent his arrangement expertise to many Calypsonians such as Whadablee, General Val, Calypso Sis, Lady Tashika, Tumba, The Mighty Pat, Trashrow and his own father Mr. William Schmidt.

Ambrose, ‘Boots' Schmidt was in a league of his own musically. He propelled the Jam Band as a living legend, and a force. Additionally, he helped to craft the Virgin Island’s cultural landscape, and made the VI’s music a sound that stands with the best of the rest across the entire Caribbean Region.

Boots leaves to mourn his wife Tiffany, family members and many fans of his music. He is the proud father of eight (8) children and one (1) grandson.