The illustrious destination of Antigua and Barbuda is full of rich culture and history spanning hundreds of years. From the legacy of the indigenous Arawaks to the vibrant, post-colonial Caribbean culture we appreciate today, this sunny haven of beaches and lagoons is the inheritor of a rich historical legacy. For those who love a good game of trivia, this newsletter is for you! Read on as we divulge ten amazing facts about this breathtaking destination…and possibly trigger a bout of wanderlust! So sit back, relax and get ready to take notes as we outline these fascinating facts about Antigua and Barbuda:

1. The indigenous communities of Antigua and Barbuda were the Arawak people. Migrating to the island by canoes, they cultivated the land to produce fresh crops including the famous Antigua Black pineapple.

2. Christopher Columbus was the first European to arrive in 1493, naming the island after the Church of Santa Maria de la Antigua in Spain.

3. The British Empire colonized Antigua and Barbuda in 1632. Sir Christopher Codrington established the first sugar estate in 1674, with sugar being the crop of choice as it was highly profitable. In 1967, the Royal Bank of Canada loaned the Antigua and Barbuda government EC$5,631,386.80. The loan was used to purchase the Syndicates Estates, the Antigua Sugar Factory their undertakings and assets. This acquisition gave 33,000 acres of beach land, estate houses and arable land to the public of Antigua and Barbuda. 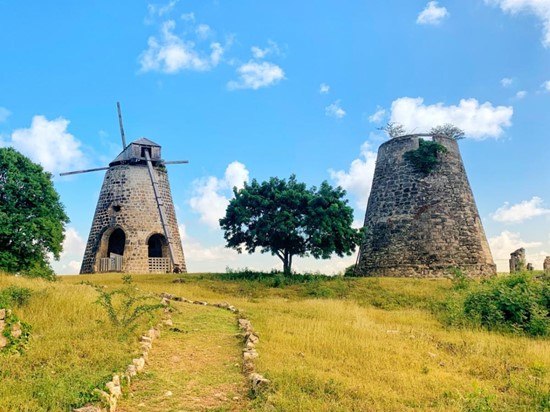 Antiguans were given full rights. Antigua and Barbuda would not achieve complete independence until October 1981.

5. Unlike other Caribbean colonies, the island remained solely under British influence as it’s believed this was the primary dockyard for the British Navy. In 1784, the British Empire sent Horatio Nelson to Antigua to monitor and enforce British laws in the colonies. In the 1950s, when the dockyard was restored to its former glory, it was named Nelson’s Dockyard in honour of the British Vice-Admiral.

6. Nelson’s Dockyard is a UNESCO World Heritage site with many original buildings fully restored. Some of the historic buildings on site have been converted into shops and hotels. The former Naval Officer’s house is a charming museum filled with artifacts and researched information on Antigua’s history 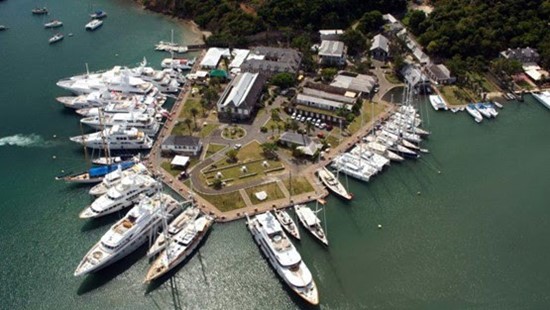 8. Fungie and pepper pot, the national dish of Antigua and Barbuda, finds its roots in the island's colonization and African slave trade history. Fungie, a porridge made of corn flour, is often served with pepper pot, a fresh stew made of salted meats, peas, spinach, peppers, okra and squash.

9. The lively area of Shirley Heights was not always a hub of entertainment and gastronomy. Named after Sir Thomas Shirley, the area was originally settled as an artillery outpost as the Lookout offered the best view of the English and Falmouth Harbours. 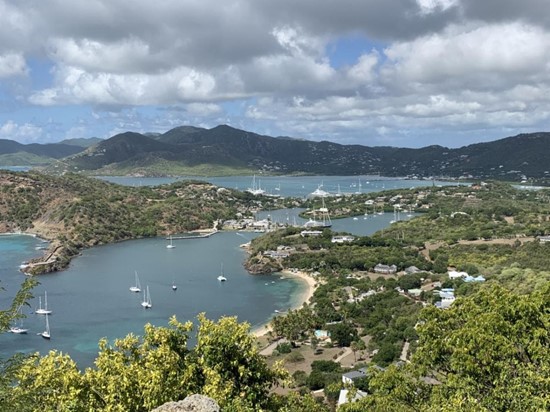 A view of English Harbour from Shirley Heights

10. Antigua and Barbuda has been the gracious host of many British Royals throughout history. Known for its stunning pink sand, the Princess Diana Beach on Barbuda was named in honour of Princess Diana after she visited the island.