Stan Douglas just won a really big one while Amanda Parris, Ian Williams and André Alexis are up for a some big ones too! September and early October has been a rewarding time for four Canadian Caribbean artists, dramtists and writers.

Ten days ago Vancouver photographic artist Stan Douglas was awarded the $100,000 Audain Prize for the Visual Arts. It is a Canadian art award that recognizes the outstanding achievements of British Columbia's artists. The Prize is administered by the Audain Art Museum.

Born in British Columbia to Caribbean parents, 59-year old Stan Douglas is one of Canada’s most widely celebrated and internationally important contemporary artists. Best known for his photography, film and video installations, his art often examines the complexities of social reality and history.

Just as the Caribbean Camera was going to print the Governor General Literary Award shortlists were announced in Ottawa. Amanda Parris who is the host of the CBC Arts show Exhibitionists, is a finalist in the drama category for her script Other Side of the Game. It is a play about two black women from different decades - the 1970s and today - who are community organizers. The Caribbean Camera gave her play rave reviews when it was performed in 2017.

In 2014 Parris was named one of Grenada’s Top 40 individuals under the age of 40 (She was born in England to a Grenadian mother). Her move to Canada as a young adolescent opened up a new world of opportunities. In 2018 she was named one of Toronto’s Most Inspiring Women by Post-City, a Local Hero of Toronto Film by Now Magazine and the African Heritage Educators Network (AHEN) named their 2018 Student Arts Award after her

Last week the Scotiabank Giller Prize, Canada’s most prestigious annual prize for a work of fiction announced its shortlist. Six titles are in the running for the $100,000 prize.

Trinidadian born poet and writer Ian Williams made the cut with his new book (his first) Reproduction! The 38-year old’s book tells the story of three generations of a Caribbean Canadian family living in Scarborough. 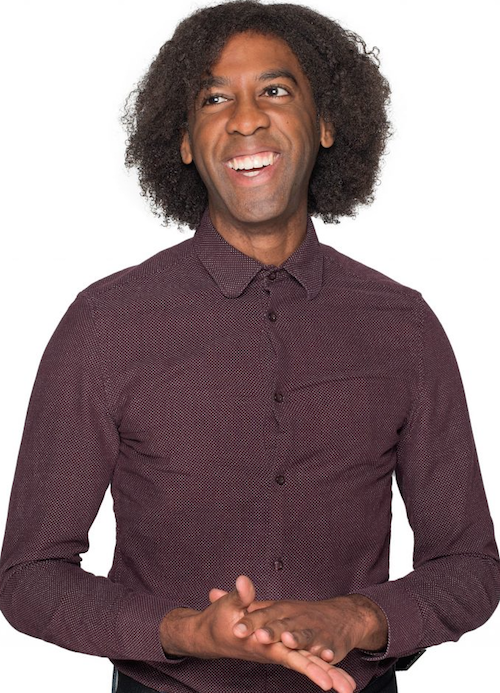 Williams left T&T in 1988 and moved to Brampton with his older brother and parents. He turned out to be a brilliant student earning his doctorate in English from the UofT at just 25 years of age. He is currently an assistant professor of poetry at the University of British Columbia.

"The Giller will announce the winner at a gala evening event in Toronto on Nov. 18, 2019."

The other big fiction Prize, Canada’s Writer’s Trust also made an important book announcement. It released the names of the five books in the running for this year’s $50,000 Fiction Prize.

Trinidadian born André Alexis is one of the five Canadian authors who have made the shortlist. His new book, Days by Midnight, is the story of an Ontario botanist who sets out on a road trip with a professor friend to unearth the story of the mysterious and perhaps dead poet John Skennen.

Days By Midnight is described as “a journey through an underworld that looks like southern Ontario, a journey taken during the "hour of the wolf." Alexis previously won the Rogers Writers' Trust Fiction Prize in 2015 for Fifteen Dogs.

The winner will be announced at the Writers' Trust Awards ceremony in Toronto on November 5th.