Due to Poor Judgement and Decision Making, MCAP's Leader Hon Easton Taylor-Farrell Should Resign as Leader

Developing nations are not entities in a vacuum that can afford to ignore the realities, and the raising of standards within the global community of nations. Montserrat, thus, should not be exempt from having standards that are internationally aligned in areas to do with fiscal responsibility, development aid governance, political stability and also political characters.

In these 2019 Elections there is an issue which many Montserratians seemingly do not wish to have an honest conversation about, but the severity of the issue cannot be denied. Montserrat is still in a state of re-development. The island is not in a state of normalcy. Thus, those who wish to operate as if we are, are doing a grave disservice of engagement to the progression of this island. In an era of Montserrat’s history where our primary funding comes from International development partners, it is paramount that we demonstrate that we are cognizant of all the factors that would impact how development aid is agreed to, and dispersed to nations such as Montserrat.

It has been stated that many developing countries are facing increasingly great policy challenges. It was quite instructive that in July 2015, when the major UN international conference on Financing for Development met in Addis Ababa, Africa, they made sure to underscore the key ingredients of global development finance.

On Montserrat, a political party by the name of the Movement for Change & Prosperity (MCAP) are seeking to become the governing party, following on from the upcoming November 18th General Elections. Within this Party is a Leader by the name of Hon Easton Taylor-Farrell. However, the MCAP Party is Chaired, advised and visibly represented by a gentleman who is factually known to have been convicted (with others) for the burglary of significant Barclays Bank’s funds.

The question begs, and it is a discussion that must be had, as to whether -  with this type of background - the Leader of MCAP, Hon Easton Taylor-Farrell displayed sound judgement and decision making in allowing this individual within his party, with this past conviction for burglary of a major bank, to have been his main party front man for years running?

Most certainly, when International funding agencies, whom Montserrat relies on so heavily, are doing their due diligence checks on Montserrat and this issue flags - which it most certainly will – what confidence will that give them to disperse their funds freely to Montserrat knowing this character is closely aligned to government if MCAP wins the election?

Did Hon Easton Taylor-Farrell even consider the ramifications of him allowing this individual to be the visible frontman for MCAP? Did Members of MCAP who sit in concert with Taylor-Farrell and their Chairman – did any of them raise this as a concern, as to the optics of this?

The deed may have been committed 25 years ago but that is of no consequence as we are speaking here towards the running of a country. Parties have caucuses. They play a key role in policy directions often times. Thus, if one of your key caucus members is a past convict for burglary of significant funds from a major international bank that was operating on Montserrat during the early stages of the crisis, it most certainly does not look good.

Case in point that past history of criminal activity matters:

There was a ruling in a case before the Court of Appeal of the Eastern Caribbean Supreme Court (Grenada) during March 2019. It involved appellant, Mr Joseph Ewart Layne, one of the men charged with the Murder of former Grenada Prime Minister Maurice Bishop 40 years ago. Mr Layne was convicted, served 26 years and was a model prisoner earning an LLB (Honours) and LLM from London University, and a Bachelor of Science degree in Applied Accounting from Oxford Brookes University in the UK with first class honours. On 6th September 2013, Mr Layne was awarded the Legal Education Certificate of Merit from the Hugh Wooding Law School. While he was in prison, he used his leadership skills in organising sport and literacy events for prisoners, and on his release, he continued to do good works within the community. However, Layne was refused application to the Bar to practice the High Profession of Law despite all these good works he accomplished.

“The judge made it clear that there was no rule automatically barring someone who had been convicted of an offence from practising the law. However, in the assessment of the judge, an applicant with the background of the appellant had to “make an extraordinary showing of rehabilitation and present good moral character” (para 17). There was no question of punishing the appellant. The test was whether there was “a potential risk to the public, or, more importantly, whether there will be damage to the reputation of the profession” (para 18). The court was “concerned with the maintenance of public confidence in the members of the profession” (para 19).

In similar regard, if the Chairman of a key contending party has these past ills – whether it be 25 years ago or not – it brings glaringly into question the Judgement and Decision making process of Hon Easton Taylor-Farell. This CANNOT be overlooked. The facts speaks for themselves as to what the MCAP Chairman was convicted for.

Easton’s judgement and decision making is even more damaged in this matter, as he knows that Montserrat had grave issues with TRUST and ACCOUNTABILITY from our international funding agencies after the Government of which he was part of was removed from office. So why would Hon Easton Taylor-Farrell risk questions of trust over Montserrat? Why did he not just simply say no to the gentleman who he currently has as Chairman, knowing his past.

Easton Taylor-Farrell needs to explain to the public his decision making process with this. For if he says that he did not know of his Chairman’s past then he shows a gross negligence of duty to not have done his proper checks.

If he says that he knew but it does not matter because it was 25 years ago, then he displays that he is out of touch with modern modes of development aid delivery and due diligene processes for accountability and trust.

If either of these is his explanation, then Hon Easton Taylor-Farrell is not fit to lead Montserrat, and must consider resigning as Leader of MCAP forthwith. This is a serious matter.

Hon Easton and those excusing this as trivial need to understand that “Development Aid was virtually nonexistent except for the creation and financing of the United Nations Relief and Rehabilitation Agency and the International Refugee Organization to stabilize Europe after WWII” (Lancaster 2007)." Now, Montserrat is a recipient of International Development Aid, we must show good judgement, fiscal responsibility, and carefully considered decision making in line with global standards.

Hon Easton must explain his Chairman being the face and front of his party considering his past conviction for a serious crime. Or do the right thing and resign as Leader of MCAP. For if he demonstrates such poor judgement now, international funding agencies will deal with him, if elected Premier, with extra caution. 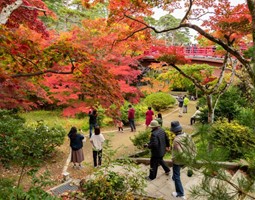