Dallas, TX –  Dallas, Texas –  Dallas Black Dance Theatre (DBDT) celebrates its 45th anniversary as a Catalyst for Change with internationally acclaimed works. The Director’s Choice series features the classic works of five master choreographers: Milton Myers,  Elisa Monte and David Brown, Darrell Grand Moultrie, and the late Bruce Wood®. Texas Instruments is the presenting sponsor for the series and The Kaleta A. Doolin Foundation is the sponsor for female choreographers during the season. The performance takes place November 5-6, 2021 at 7:30 pm CDT in the Dee and Charles Wyly Theatre in the Dallas Arts District. The Saturday performance can also be viewed in real-time via live stream and on-demand until Monday at 11:59 pm CST.

The Boston Globe described LIKE WATER by award-winning choreographer Darrell Grand Moultrie as “the ensemble’s spectacular, virtuosic style of contemporary movement…” as it ebbed from “waves of grief” to “bubbles with joy.” LIKE WATER was commissioned by Jacob’s Pillow as the inaugural recipient of the Joan B. Hunter New Work Commission, making its world premiere at the Jacob’s Pillow Dance Festival on August 4, 2021. Grand Moultrie explains, “This work is created in celebration of our resilience. LIKE WATER, we can’t survive without love, compassion, and human connection. Moultrie added, “I want the audience to walk away feeling there is more hope, that there is love, that there is vitality. I wanted them to feel the energy of these dancers.”

DBDT’s own Nycole Ray will reprise her signature solo, The Edge of My Life… So Far” by Bruce Wood®. Ray collaborated with Bruce Wood® in creating the intense, emotionally charged work. The setting of this audience favorite is ‘every woman’ sitting at the table where a lot of her life unfolds, and she becomes overwhelmed. “I had the opportunity to work with Bruce in the past in full company works, but the time we spent together during the creation of The Edge of My Life …So Far changed me,” said Nycole Ray. “The bond we fortified has guided me throughout the years in my decision making and my approach to life and dance.”

In the collaborative duet Absolute Rule, choreographers Elisa Monte and David Brown, investigate the coming together and going apart of various emotions during the course of a relationship. Elisa Monte describes the work as a look into the “push and pull of emotional forces that surround the interaction of two people.”

It takes the mathematical magic of a math major and the wisdom of an international choreographer like Milton Myers to combine contrasting grounded African and airy Eurocentric movements into a unified masterpiece. The artistic equation of Pacing envelopes the addition of Asian-inspired melodies.

NO SUBSCRIPTIONS OR GROUP DISCOUNTS FOR THE 45TH SEASON 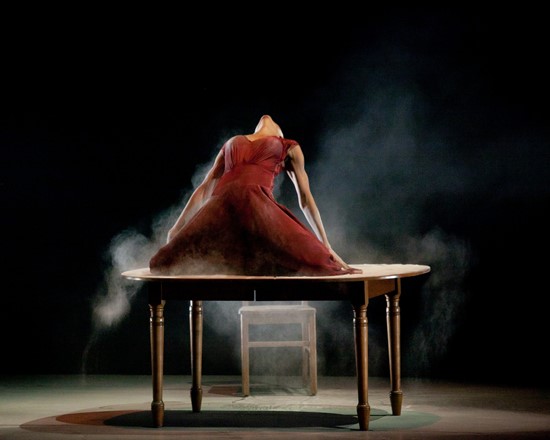 Dallas Black Dance Theatre is limiting seating capacity to allow for social distancing in accordance with CDC guidelines. Because of limited ticket availability, DBDT will not be able to give discounts on groups or subscriptions this year.

Live streaming and on-demand tickets are $25 per household. Watch the live stream broadcast in real-time beginning at 7:30 pm CDT on Saturday, November 6, 2021. Or watch it starting at 11 pm CDT Saturday on-demand through Monday, November 8, 11:59 pm CST. 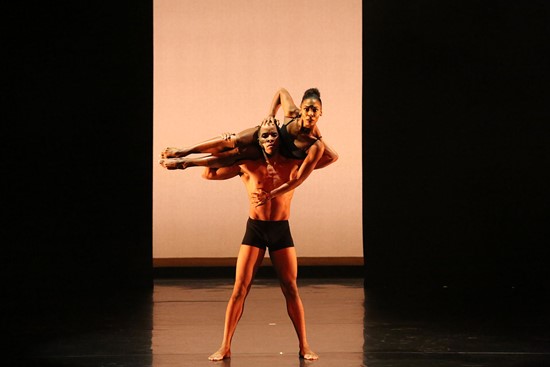 Dallas Black Dance Theatre is an internationally recognized professional dance company that engages the cross-cultural community through contemporary modern dance presented from the African American experience. The National Endowment for the Arts designated the 45-year-old company as American Masterpiece Touring Artist in 2008. The company also received the Texas Medal of Arts Award for Arts Education in 2017.

In 2021, Jacob’s Pillow Dance Festival commissioned Darrell Grand Moultrie to choreograph the new work LIKE WATER for Dallas Black Dance Theatre as the inaugural recipient of the Joan B. Hunter New Work Commission in a world premiere at the prestigious dance festival.

Ann Williams founded Dallas Black Dance Theatre in 1976. Melissa M. Young took the helm as Artistic Director in 2018 after starting at the company as a dancer in 1994. Zenetta S. Drew has led the administrative side of the company since 1987 as Executive Director following a volunteer assignment for the dance company.

The mission of Dallas Black Dance Theatre is to create and produce contemporary modern dance at its highest level of artistic excellence through performances and educational programs that bridge cultures and reach diverse communities.